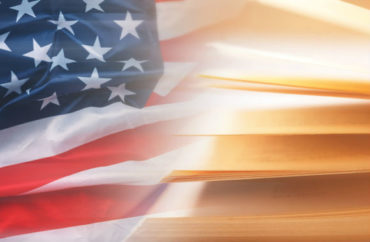 The following is written by Dr. Thomas Lindsay, distinguished senior fellow of higher education and constitutional studies at the Texas Public Policy Foundation, and Hixon Frank, a research associate with the foundation and junior at Baylor University studying political science.

For decades, America has failed to instill a love of country in its younger generations, with a recent poll finding that only 51 percent of young Americans are proud of America, while only 40 percent would be willing to sacrifice for their country.

Because of this civic illiteracy, the cultural battle has slowly and surely drifted in the favor of the anti-American historical revisionists on the Left. Even a basic understanding of American history is sufficient to inspire patriotism, but most Americans lack even that.

Anti-American ideologues view America not as a successful experiment which has at times fallen short of its aspirations, but, instead, as an inherently corrupt institution in need of overthrow. This is why they think it necessary to destroy statues of abolitionists and even a statue of Abraham Lincoln paid for by freed slaves. They look for the evil in every good piece of American history, and they ignore the fact that more than a million immigrants are eager to enter the United States each year.

Progress is the idea that things improve over time, and that progress can be seen throughout the course of American history.

America is great because it was born of the best underlying values of any country in world history: life, liberty, and the pursuit of happiness. These values are not the best because they are the highest conceivable ideals, but because they are both good and attainable—both revolutionary and restrained.

The Declaration of Independence says, “All men are created equal,” and with this statement, the United States announced itself as the enemy of slavery always and everywhere.

“When the architects of our republic wrote the magnificent words of the Constitution and the declaration of Independence, they were signing a promissory note to which every American was to fall heir.”

Martin Luther King believed that America’s fundamental moral principles guided the movements for freedom and equality. Because equality is at the foundation of the United States, we have seen incredible democratic progress over the course of our nation’s history.

The extension of the rights to previously disenfranchised groups was the fulfillment of the Declaration’s promise. That is progress, and we have witnessed incredible progress over the entire course of American history. However, the revolutionaries of today see America’s imperfect history and condemn her as fundamentally and irredeemably evil.

Anti-American ideologues refuse to see that their pursuit of equality depends on the very culture and founding documents that they condemn. They believe in equality of outcome, but not in equality of opportunity. They do not believe in individual progress and change, only in radical overthrow. If they can use a 33-year-old op-ed to force the communications chief of Boeing to resign, then they can use a past injustice toward a minority group to condemn an entire civilization as irreparably evil.

Instead, we must hold more dearly to the founding documents and principles that are responsible for the liberation of millions. As the famous slave-turned-abolitionist Frederick Douglass said, “the Constitution is a Glorious Liberty Document.” American history has proven Douglass correct, and we must ensure that our founding documents are understood as the promissory notes which they truly are.

We can love America because of her moral principles, because of her progress, and because she is our nation, so let us begin by learning the principles that our nation is founded on. For a start, take a few minutes to read through the Declaration of Independence. You will be proud of what you find.

This essay is an original work published by The College Fix.