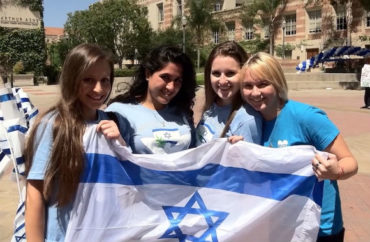 Higher education in America has become increasingly hostile to its Jewish student population. The College Fix has chronicled hundreds of examples of campus anti-Semitism over the years. The problem had gotten so bad, in fact, that President Donald Trump late last year signed an executive order that aimed to protect Jewish students from rampant discrimination.

But the concern and conversation continues.

The Tikvah Fund is set to host an online towhall series called “The Future of College:
A Jewish Townhall” to examine questions such as: “Why have so many of American universities tolerated anti-Semitism and anti-Zionism, and how should embattled college students respond?” and “Does university culture strengthen or undermine Jewish identity and Jewish faith?”

It kicks off Wednesday, May 20, with New York University Professor Jonathan Haidt on the topic “How to Succeed in College: Three Bad Ideas to Resist.”

Other Zoom townhalls on tap include R.J. Snell and Rabbi Mark Gottlieb on “Faith on the College Campus: Challenges and Opportunities,” Ruth Wisse on “Jews Without Apology: Some Lessons from My Years at Harvard,” and Harry Ballan on “Is Jewish Liberal Education Possible on Zoom?”

According to Tikvah, the series “is open to college-bound and college-enrolled students, to parents and grandparents concerned about the education of the rising generation, and to everyone who cares about how to strengthen Jewish liberal education in America in the years ahead.”