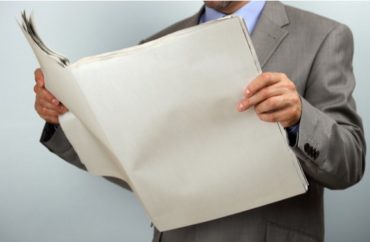 The newspaper of record quickly responded when prominent historians assailed its 1619 Project for claiming that the year slaves first arrived in North America was “our true founding.”

Just a few months after the revisionist history project went live – specifically designed to be taught in K-12 classrooms – The New York Times secretly erased the line from the website.

The phrase seems to have disappeared down the memory hole in late December, Phillip Magness writes for Quillette, citing screenshots from the period in the Internet Archive’s Wayback Machine. That’s when the project “was facing an onslaught of criticism over this exact point from several distinguished historians of the American founding.”

A related phrase from the introductory text of the project was also changed with no notice to the public: “America was not yet America, but this was the moment it began,” referring to the year 1619. Magness, a senior research fellow at the American Institute for Economic Research, points to the print edition to prove the change.

Not only are secret edits a violation of journalism ethics, but because the project is now hidden behind the newspaper’s paywall, its unethical behavior is even further concealed.

The missing phrases were discovered after its creator lied to CNN about never claiming that “1776 was not the founding of the country,” a claim she repeated in a now-deleted tweet. Magness writes:

For several months after the 1619 Project first launched, its creator and organizer Nikole Hannah-Jones doubled down on the claim. “I argue that 1619 is our true founding,” she tweeted the week after the project launched. “Also, look at the banner pic in my profile”—a reference to the graphic of the date 1776 crossed out with a line. It’s a claim she repeated many times over. …

It was not the first time that Hannah-Jones had tried to alter her self-depiction of the project’s aims on account of the controversial line. She attempted a similar revision a few months ago during an online spat with conservative commentator Ben Shapiro.

But this time the brazen rewriting of her own arguments proved too much. Hannah-Jones’s readers scoured her own Twitter feed and public statements over the previous year, unearthing multiple instances where she had in fact announced an intention to displace 1776 with 1619.

Hannah-Jones has still not bothered changing the cover image for her Twitter profile, which replaces a crossed-out 1776 with 1619.

Instead, she now claims that the removed phrases were only part of “some ancillary digital promotion copy.” Hannah-Jones also challenged one of her leading critics, the journalist Andrew Sullivan, to provide evidence that “this wording disappeared from our actual journalism … in the newspaper, the magazine, an essay, anything, that we produced.”