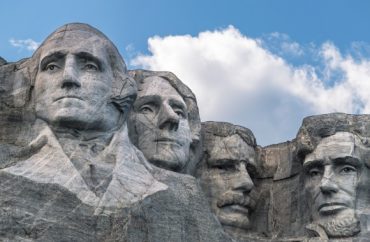 One of my biggest mantras as editor of The College Fix and as a “mama bear” parent is this: Don’t let your kids’ teachers be their only teachers!

Parents, we must teach our children the truth about American history — and many other subjects — because all too often what they get in public schools and universities is a biased, divisive and erroneous narrative.

Case-in-point: The New York Times’ controversial “1619 Project” — which reports that the American Revolution was fought to maintain slavery in America and that Abraham Lincoln was racist — is fast becoming official curriculum in many schools.

Through its 18 articles and 15 artistic contributions, the 1619 Project declares that much of American history unfolded from … chattel slavery, Jim Crow, lynching, redlining, incarceration and urban poverty, as well as legacies not as widely understood, such as obesity. Its essays, written by a team of mostly African-American journalists and historians, argue that modern accounting methods, urban traffic patterns, resistance to adopting universal health care, overconsumption of sugar – and American capitalism itself – are some of the insidious ways that the legacy of slavery shapes our society today.

… Since its publication in August, the 1619 Project has been adopted in more than 3,500 classrooms in all 50 states, according to the 2019 annual report of the Pulitzer Center, which has partnered with the Times on the project. Five school systems, including Chicago and Washington, D.C., have adopted it district-wide. It is mostly being used as supplemental, optional classroom teaching material. By and large, school systems are adopting the project by administrative fiat, not through a public textbook review process.

… In January, Buffalo Public Schools became the most recent school system to announce that it was making the 1619 Project a required component of the 7th- through 12th-grade curriculum. According to the school district, the 1619 Project will help “render a true history of the institution of slavery for all students, a history which is often silenced in mainstream curriculum and textbooks.” The Pulitzer Center donated 5,600 copies of the magazine-length 1619 Project for all of its 11th- and 12th-grade teachers and students.

… Meanwhile, publishing giant Random House plans four 1619-themed books for young readers; its Clarkson Potter imprint is readying a 1619 Project special illustrated edition; and Ten Speed Press is set to publish a “graphic novelization” of the project. The effort also includes a podcast in five episodes and a kids’ section in the Times print edition.

This “1619 Project” is so riddled with errors and distortions that dozens of prominent scholars and historians have called on The New York Times to issue corrections.

The College Fix reported on one such attempt in December by five professors who noted the Times’ published falsehoods “which concern major events [and] cannot be described as interpretation or ‘framing.’ They are matters of verifiable fact, which are the foundation of both honest scholarship and honest journalism. They suggest a displacement of historical understanding by ideology.”

More recently, RealClearInvestigations points out, a new correction demand was published by a dozen Civil War scholars and political scientists — “but their letter was never published [by the Times]. The researchers — who teach at Princeton, Yale, Notre Dame, Washington & Lee, Loyola, Villanova and other universities – published their complaint, and the New York Times’ response, independently, in late January in George Washington University’s History News Network.”

The scholars wrote they are “troubled that these materials are now to become the basis of school curriculums, with the imprimatur of the New York Times. … We therefore respectfully ask the New York Times to withhold any steps to publish and distribute The 1619 Project until these concerns can be addressed in a thorough and open fashion.”

But in both cases the so-called newspaper of record refused to correct the record, instead suggesting history is nuanced and open to interpretation.

Parents, this is a problem, because if you wonder why your kids come home from high school or college hating America, this is a prime example. The “1619 Project” picks up where Howard Zinn’s “A People’s History of the United States” left off.

As parents we must be vigilant in teaching our children about the real history of America, because if we rely only on the schools, the likely narrative they will get is a false one.

MORE: He questioned the accuracy of the ‘1619 Project.’ A history professor responded with ‘your mom.’