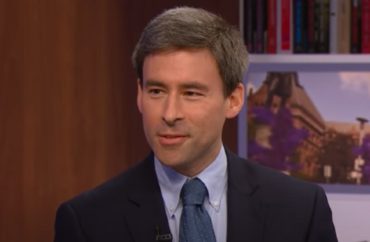 A professor at Birkbeck, University of London recently argued that political correctness and leftist intolerance can make polarization worse, not better. Furthermore, it can boost Republican candidates in the U.S. and immigration hawks in other countries.

In a recent essay in Minding the Campus, political science Professor Eric Kaufmann said that the expansive use of accusations of racism had closed off important debates on topics such as immigration and led to further polarization. Kaufmann is the author of a book on populism and identity politics titled “Whiteshift: Populism, Immigration and the Future of White Majorities.”

He explained what happened in the United States, Europe and even Canada in recent years:

Political correctness (PC) is a major reason for the surge in populist right support in Europe and America since 2014, as well as the growing partisan polarization we see even in Western countries like Canada where national populism has been weaker. The expanding definition of racism shuts down debate over immigration levels, creating a market opportunity for populist entrepreneurs because mainstream parties won’t deviate from the approved script on immigration.

Kaufmann argued that within a few years, political correctness’s dictates had shifted so that “Barack Obama’s tough talk on border security and illegal immigration” was no longer allowed in the Democratic Party.

Then-candidate Donald Trump used the opening on immigration to win the Republican nomination for President in 2016.

Donald Trump’s willingness to make immigration his central focus during the Republican primary in 2015 also violated a bipartisan taboo that had held for decades—including within the Republican Party and right-wing media such as Fox News, where fusionist RNC Republicanism reigned…Trump was the only one of 17 primary candidates willing to break the taboo around making immigration the focus of a campaign, and, as multiple surveys show, this was the key reason why he won the nomination, and why some Obama voters switched to Trump in 2016. Trump’s attacks on political correctness strongly resonated with many voters.

Furthermore, “finger-wagging injunctions” and accusations of racism did not dissuade people away from supporting Trump — it increased voter support. It’s not only around elections — it can happen with other issues, too.

“A number of studies show that when people read about the importance of political correctness, or hear Trump’s policies or confederate statues called ‘racist,'” Kaufmann said, “they respond by increasing their support for Trump or confederate symbols.”

Kaufmann went on to explain how the the expansive definition of racism has “resulted in the rise of an increasingly intolerant left.”

[H]ighly-educated progressives, compared to either non-graduate progressives or graduate conservatives, are most likely to misperceive the median beliefs of their political opponents, in part because they have considerably fewer social contacts with those of opposing views.

This results in progressive fundamentalism in spheres dominated by liberal graduates. Once they dominate an elite institution, this intolerant group moralizes political positions into Manichaean binaries, silencing debate. This cocktail results in institutions which are unresponsive to democratic preferences, creating increasing alienation and populism in the wider society. This sets a polarizing spiral in motion, of backlash and counter-backlash, leading to the dangerous trend of growing approval of partisan violence.

IMAGE: The Agenda With Steve Paikin/YouTube