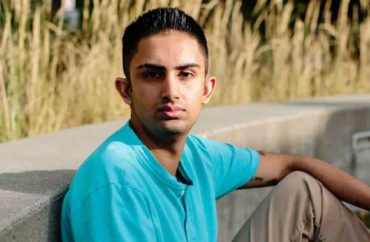 Progressives arguing that racism is the ultimate or only source of social inequities neglect “the centrality of culture in shaping life outcomes,” writer and criminology student and journalist Rav Arora wrote in City Journal on September 27.

The variance of cultures in prioritizing positive goods such as two-parent families and work “has become an unspeakable proposition on the left,” Arora (pictured) wrote.

But Arora cited a huge body of research and many professors who have studied cultural differences and their relation to group outcomes.

Roland Fryer, Harvard economist and Manhattan Institute fellow, investigated the cost of “acting white” for minority Americans in a 2006 research paper. He found that this cultural resistance “accounts, respectively, for 32 percent and 36 percent of the black-white and Hispanic-white test score gap among high-achieving students.”

Though this attitude may have originated in racist attitudes, it has persisted despite several decades of improved attitudes towards black kids’ academic achievement, Arora wrote.

Arora also cited research that suggests that single parenthood may account for many racial disparities. “Over 70 percent of black children are born out of wedlock, far higher than in any other racial group,” Arora wrote; though other groups are catching up.

A preponderance of social science data shows links between single parenthood and fatherless and an increased risk of an array of negative life outcomes, including drug abuse, suicide, early sexual behavior and adolescent pregnancy, homelessness, poverty and dropping out of high school, Arora wrote.

The connection between negative outcomes and “systemic racism” is also strained in part  is tenuous, in part because it ignores different outcomes between black immigrant groups of different ancestry, Arora wrote. He quoted criminologist Barry Latzer, writing for The Atlantic:

The cultural explanation for violence is superior to explanations that rest [on] poverty or racism, however, because it can account for the differentials in the violent crime rates of groups with comparable adversities. My favorite illustration of this is the Haitian situation in 1980s Miami…They had a brutal history of slavery, and were illiterate in English, impoverished, and unwelcome. Yet their violent crime rates were much lower than those of African Americans living in the same city in the same time period.

Culture is also one likely explanation, at least in part, for “why female African immigrants’ income growth rate has eclipsed that of U.S.-born men and women, according to a University of Michigan study,” Arora wrote. “The study also found that black female immigrants from Africa saw a 130 percent rise in earnings between 1990 and 2010.”

The overwhelming success of black immigrants, black women specifically, and blacks as a whole in the music industry, professional sports, and even policing suggests that black potential is not eternally doomed or reliant on rescue.

If conservatives downplay racial inequality, progressives today neglect personal responsibility and culture in shaping racial disparities….Understandable as these concerns may be, it is counterproductive and crude to chalk everything up to “the system” and “structural dynamics of racism.” Misdiagnosing a problem or narrowing analysis so that findings confirm ideological biases does nothing to remedy inequality.