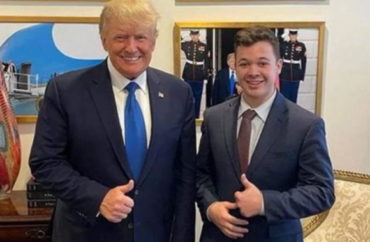 In the hours after Kyle Rittenhouse was found not guilty, the president of the Connecticut State Colleges and Universities system, Terrence Cheng, emailed all employees of the 12 community colleges and four state universities in the system to denounce the jury’s decision.

Cheng argued the system was, like himself, “feeling a cauldron of emotions: shock, anger, sadness, and more.” Cheng went on:

As we have experienced before in divisive times riddled with adversity, this is a challenging moment. But I would remind you that systems of inequity were not built in a day or a moment-they have been manufactured, crafted, and honed through generations of practice and reinforcement. Thus, the work of confronting, disrupting, and dismantling such systems will not happen in a day or a single moment, as much as we wish they could be. …

It is, after all, our responsibility as public institutions of higher learning, to be at the forefront of society’s march toward justice. Today makes clear yet again that we have much work to do. I implore you to continue to lead with action, and with integrity, as we strive for a more equitable future for our students, our communities, and society at large.

But one professor within the Connecticut State Colleges and Universities system was not going to let such a memo stand without a rebuttal and shared his response with The College Fix. Jay Bergman, professor of history at Central Connecticut State University, wrote to Cheng to challenge his take on the verdict:

I respectfully disagree with your statement below, which strongly implies that you found the verdict in the Rittenhouse Trial not only objectionable, but somehow an expression of “systems of inequity” in America that have been “manufactured, crafted, and honed” for a long time.

Could you tell me precisely what you mean by “systems of inequity” and how these systems were reflected in a trial in which all of the principals — Rittenhouse, the three persons he shot in self-defense, the judge, the prosecutors, and the defense attorneys — were white?

Moreover, I find troubling the absence in your statement of any acknowledgement that Rittenhouse was found not guilty by a jury of his peers, and that for that reason the verdict in the trial should be respected. At the very least you might have cautioned your readers from construing the verdict as license to engage in wanton looting, rioting, and destruction of property like that which occurred in Kenosha and across our country in the summer of 2020.

Finally, did you seriously mean to suggest that an eighteen year-old boy should spend the rest of his life in prison because there exists in the United States “systems of inequity?” What does one have to do with the other? How exactly do the inequities in American society you decry have any bearing on the specific circumstances of the Rittenhouse case? The jurors in the case were obliged to judge nothing more nor less than whether Rittenhouse violated laws of the state of Wisconsin. In their judgment, which they arrived at after four days of deliberation, he did not. Is there evidence you can point to to which the jurors did not have access that would cause them to change their minds?

I have included below for your edification the link to a concise demolition of the falsehoods prevalent in media coverage of the case by Bari Weiss, a liberal former columnist at the New York Times who is also highly critical of conservatives, the Republican Party, and former president Trump.

Should you read it, I would be interested in whether it caused you to change your views on the trial.