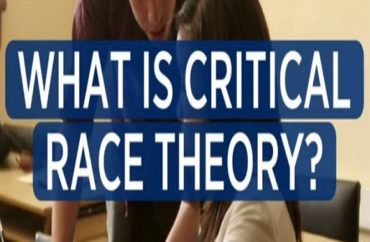 The Poway Unified School District in San Diego has offered two new controversial courses, “Ethnic Literature” and “Ethnic Studies.” The school district announced that it prepared these courses “in response to our racial equality plan.”

According to an article in the Spectator World, one these courses will examine “how ‘systems of power in the United States’ have affected various minority groups. Students will also dive deep into their own ‘implicit biases’ and ‘privilege’ and be asked to create an action plan to be ‘agents of change’ in their communities.”

The other course will “similarly encourage students to explore how their immutable characteristics, like race, gender, and ethnicity, influence their ‘identity.’ It will also teach them how to ‘advocate for social justice.’”

And yet, the district’s head of communications says, “We want to make it clear that Poway Unified School District is not teaching critical race theory. What we are doing is working very closely with students, staff, and community to make sure all of our students in our classroom feel valued for who they are.”

On this point, Spectator World’s Washington Editor Amber Athey is withering. “Will white, male, straight, or all of the above students be made to feel ‘valued’ when they are taught that they are contributing to and benefiting from a racist system?” she asks.

Moreover, what the San Diego school district is doing here is not unique. It is in fact “a common trick for various school districts to avoid actually using the phrase ‘critical race theory’ when implementing these lesson plans so that they have plausible deniability when facing angry parents,” Athey writes.

Athey insists “no amount of language manipulation can hide what these school districts are doing.” But as states around the country move to ban critical race theory in the classroom, expect many more schools to claim that it’s not critical race theory, because they don’t call it that.