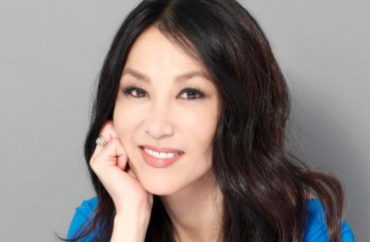 Yale law professor Amy Chua’s travails with the school have been well-documented in recent years. In April, The College Fix conducted an exclusive interview with Chua to discuss why the school had removed her from teaching “small groups” in the next year:

Chua, in an interview with The College Fix, said she is being targeted with lies and distortions — and that the effort can be traced to administrators who leaked details from her personnel file and informed a student journalist of her punishment before she learned of any of the allegations…

Now, The Atlantic has followed up with a detailed report explaining exactly what happened after Chua was accused of throwing parties for students in violation of an agreement she had with the school:

It appears to me that what transpired amounts to a skirmish between a notorious professor and an administration that seemed so eager to relieve itself of her presence that it lunged at an opportunity to weaken her position at the expense of two students who were left to deal with the consequences of the ultimately aborted campaign. Still, the answer to the latter question is more revealing than any single aspect of the whole affair. It has to do with the culture of elite institutions, where putatively righteous ends justify an array of troubling means, and noble public virtues like fairness and safety cloak more prosaic motives—the kind of vulgar envy and resentment that people with the best manners deny.

Reporter Elizabeth Bruenig digs into the affair, outlining the story of two students (referred to in the article as “The Guest” and “The Visitor” who went to Chua to seek advice, but whose visit to Chua’s house was then spun as a “party” by a third student (“The Archivist”) who had overheard some of the details.

The Guest came away from the conversation feeling reassured. The Archivist, however, was perturbed. Earlier that day, he’d texted two friends that the Guest and the Visitor were “going to dinner” at Chua’s, which, he added, they were “banned by the law school from doing.” One friend replied that this was weird, to which the Archivist replied: “Weird is a nice way to put it!” Chastened, the friend tried again: “So they are still ok with nepotism and complicity as long as it benefits them?” That was the ticket. “Yup!” the Archivist replied.

Perhaps most concerning is the behavior of Yale administrators once they received the unsubstantiated claims made by the third student. According to Bruenig, Dean of Student Affairs Ellen Cosgrove cajoled students into saying incriminating things about Chua even if the students said nothing untoward happened:

During the last two weeks of classes, the Guest told me, he was in frequent telephone contact with Cosgrove and her deputy. “They seemed very interested in trying to get me to say something against Professor Chua in a complaint and not in actually helping me in the things that I was very concerned about,” such as responding to the acute invasion of his privacy by a fellow student, he recalled. (A spokesperson for Yale Law School told The Atlantic that Cosgrove objects to this characterization.) Though the Guest had no interest in filing any kind of complaint against Chua, he felt that the administrators tried to persuade him with arguments “framed in terms of ‘Well, you have a moral obligation to protect future generations of students; you need to protect these students; the students think that you need to do this; the students think that you have a moral duty.’” But he demurred. “At one point, I even think I said, like, ‘I don’t know what I’m supposed to complain about. I don’t know what the misconduct is. I don’t know what I’m supposed to complain about.’”

In fact, it appears Cosgrove was so desperate to get dirt on Chua, she began to threaten the students that refused to charge the professor with any violations:

On June 10, the Guest received an email from Cosgrove’s deputy, with Cosgrove copied, listing all the measures of kindness and support the administration had offered him during his long ordeal, and assuring him that they had spoken “at length” about his application to serve as a Coker Fellow—a prestigious campus honor—in the coming year and that Cosgrove and her deputy had “encouraged [him] to remain in active consideration for the position.” But when Cosgrove emailed the professor who was considering the Guest for the fellowship a version of the Archivist’s dossier that she had annotated herself, she highlighted “some of the passages that have raised the greatest concern about candor”—the Guest’s, that is. Cosgrove’s highlights include the Archivist’s color commentary, including his opinion of his friend’s willingness to be complicit in misogyny, sexual harassment, and whatever else.