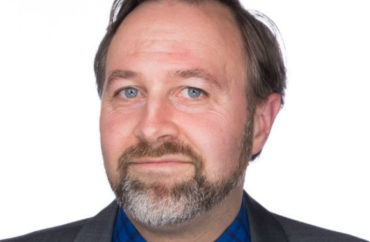 At Just the News, Investigative Reporter (and College Fix alumnus) Greg Piper documents incidents in which progressive faculty who have used physical force have been treated more leniently than conservative-leaning faculty that have used speech to challenge progressive orthodoxy on campus.

Last week, Pennsylvania State University exonerated an African-American studies professor who tussled with a student protesting COVID-19 mandates. Georgetown University, meanwhile, authorized a law professor investigated for an offensive tweet to assume a faculty post on the narrow grounds that he wasn’t yet an employee at the time of his slip.

Both PSU’s Oliver Baker and Georgetown Law’s Ilya Shapiro were facing termination in monthslong investigations that concluded after students left campus for the summer, but it was the latter who publicly quit Monday to preempt an expected “slow-motion firing” based on the school’s view of its own policies.

In some cases, Piper notes, progressive faculty who have assaulted students have gone on to receive honors from their school:

Mirelle Miller-Young remains University of California Santa Barbara feminist studies faculty eight years after she stole a pro-life sign and assaulted a student for trying to get it back.

While a judge sentenced her to community service, anger-management classes and $493 in restitution, and a civil suit ended with a confidential settlement, the University of Oregon later honored Miller-Young as the first speaker in a black feminism series.

Conversely, conservatives who slip up by saying something inappropriate, even if they apologize, are typically not given the same courtesy.

Georgetown Law’s Shapiro decided he didn’t want to join their ranks after a four-month investigation for clumsily criticizing President Biden’s limitation of candidates for a Supreme Court vacancy to black women. Instead, the libertarian legal scholar preemptively quit Monday.

The dean has “painted a target on my back such that I could never do the job I was hired for,” leading the Center for the Constitution, by repeatedly mischaracterizing what Shapiro said and the effect it had while construing the school’s anti-harassment policy to prohibit statements that cause offense, Shapiro told Treanor.