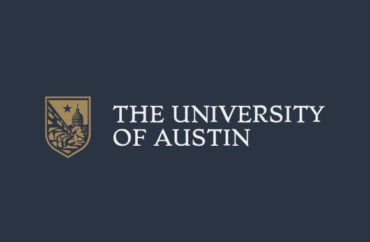 Higher education newcomer University of Austin “could be the beginning of a new free speech movement,” but some have questioned its viability as well as its commitments, writes Virginia Aabram, a breaking news reporter for the Washington Examiner.

Aabram suggests in her Dec. 2 piece that the university, which debuted in early November, could carry the torch of the campus free speech movement begun at the University of California, Berkeley, in 1964.

Founders of the University of Austin have declared it will resist the illiberalism rampant in academia, promote open inquiry, and enshrine truth as its highest ideal.

However, some have questioned the university’s legitimacy, and even friendly academics have raised concerns about its central commitments, Aabram reports.

In the days following the launch announcement, commentators online disparaged the school, pointing in particular to its lack of accreditation.

However, the Washington Examiner confirmed that University of Austin has begun the long process of obtaining accreditation, which will first require that the university offer classes and a curriculum.

Julie Reuben, a historian of American education at Harvard University, told the Examiner that the university may be relying on “a little bit of an idea of a golden age that never existed” in championing a recovery of lost ideals.

Reuben also warned that University of Austin may be in danger of succumbing to politically conservative bias, reducing itself to a mirror image of left illiberalism.

Another concern comes from Paul O’Reilly, incoming president of Thomas Aquinas College, who told the news outlet that the university’s ideals of truth and free inquiry may ultimately conflict.

“If you believe truth can be known,” O’Reilly said, “then once you’ve acquired the truth to the extent that you can do that … I don’t think you could say that there continues to be open inquiry.”

Thomas Aquinas College, an orthodox Catholic institution, is considered by some to be an example of a college with a successful counter-cultural mission: a dual commitment to reason and Christian faith as equal sources of truth.

Both O’Reilly and Reuben affirmed that the university will need to make a stronger case for what it is for, over and beyond what it stands against, that being “it is not woke and won’t engage in cancel culture.”

According to Aabram, they agreed the University of Austin needs an “affirmative case for its own value.”

University of Austin founding President Pano Kanelos, formerly of St. John’s College, acknowledged to the Examiner that “we’re going to make mistakes,” but affirmed the crucial importance of the university’s stated values.

“The reason that we’re doing this is because we really do think that focusing on open inquiry and civil discourse now, in this moment, is something that will help us as a culture. That’s our goal,” he said.