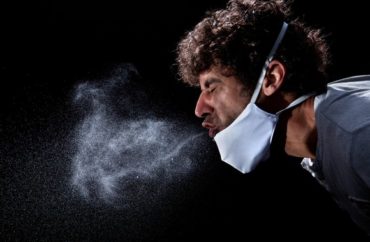 Medical professors have long known that PCR tests vastly overstate the number of people with active COVID-19 infections – those who can actually transmit the virus, as opposed to those with dead virus or inconsequential viral loads.

A new paper in British medical journal The Lancet argues that this fatal flaw in PCR tests should render them ineligible as the basis “for evaluating a SARS-CoV-2 public health test.”

Written by medical professors from Harvard, Oxford and the University of Liverpool, the paper urges policymakers to stop relying on PCR tests, which are not the “gold standard,” to devise COVID-19 policy, particularly recommended or required isolation:

Testing to help slow the spread of SARS-CoV-2 asks not whether someone has RNA in their nose from earlier infection, but whether they are infectious today. It is a net loss to the health, social, and economic wellbeing of communities if post-infectious individuals test positive and isolate for 10 days.

The recommended “10-day isolation period” for people who test positive is based on an average contagious window of four to eight days, with “most transmission occurring before day 5.”

In contrast, the median PCR positivity window is four to eight times longer (22-33 days): “This suggests that 50–75% of the time an individual is PCR positive, they are likely to be post-infectious.”

The paper puts PCR testing in its proper place: It’s extremely useful to learn whether a given person has been infected in the past several weeks “or occasionally months,” especially those “without symptoms or known exposures,” but it’s useless for designing a public health response.

The authors urge policymakers to revisit another method, commonly known as antigen tests, that has been mistakenly characterized as insufficiently sensitive to catch asymptomatic infections (which are already extremely unlikely to transmit live virus). They also discuss the oft-overlooked issue of “cycle thresholds” in tests: When they are run too high, they tend to catch dead virus or otherwise noninfectious viral loads.

One of the authors, Harvard School of Public Health’s Michael Mina, warned against reliance on PCR tests to set public health policy all the way back in August. He told The New York Times they provide a “plus or minus” answer, and relying on them is “really irresponsible” when the core issue is “quantitative” – the viral load in a given infected person.