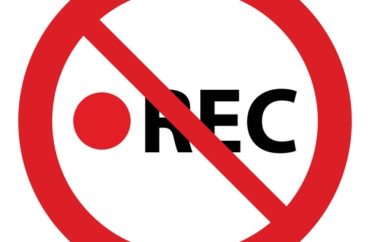 In this growing age of online learning, both students and professors face a new threat to their free speech and academic freedom due to the fact that a digital record of classroom lectures and discussions can be created, recorded, shared, turned into the bias response team, or be used to “cancel” someone with a social media mob, argues Michael Poliakoff, president of the American Council of Trustees and Alumni.

Writing in Forbes, he points out that one of the best parts of in-class discussions is their free-wheeling nature where students and scholars alike are free to explore topics without a permanent record of every utterance. But with digital classes, there could be a record of everything, and that spells trouble for both the left and the right, he writes:

Many college campuses today operate Orwellian “bias response teams,” whereby students can report peers or professors to the college administration for “offensive” statements, loosely defined. These bias responses typically mimic student disciplinary procedures and often include administrators responsible for enforcing codes of conduct as well as campus police officers; those that lack the authority formally to punish students and faculty for their speech nonetheless subject “offenders” to a process that is, itself, minatory and reputation-damaging—a grueling experience reasonable people generally work to avoid. Onlookers and proponents of free expression have rightly criticized the potential of such bureaucracies to limit the scope and honesty of academic discourse. But with a digital record of classroom discussions, bias response teams could be all the more pervasive.

Brave college leadership needs to update free speech policies to reflect the digital nature of education in the age of pandemic. Cornell University, for example, has strong policies concerning academic freedom in its online education guidelines. One can only hope that these principles become the norm. Students and faculty alike need concrete, credible guarantees that the classroom does not become like Twitter, where a statement can go viral, ruin one’s career, and exist on the permanent record. This shouldn’t be too hard to sell, since those who would enable such surveillance might well become its victims.