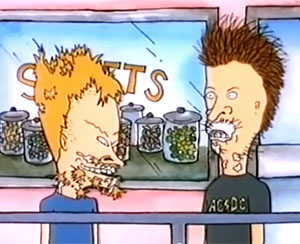 I’ve had a beard in some form since I was 16. Another student dared me to grow one, so I did, and never looked back. Sort of.

Movember hadn’t yet made mustaches cool, and the Beastie Boys’ music video for “Sabotage” did more to create nostalgia for ’70s cop shows than their ‘staches, so I wore a mustache-free beard without realizing it made me look Amish.

Not that full-beard owners in those days didn’t face plenty of ridicule too. (Remember Beavis and Butt-head gluing their own hair to their faces in a pathetic bid to pick up chicks?)

I experimented with goatees and Van Dykes in college before settling for a full but neatly trimmed beard after graduation. As an intern on Capitol Hill, I experienced the no-beard rule common in Republican offices (Democrats have much more latitude) and went au naturel for a few (painful) months before realizing that Hill life wasn’t for me.

Interviewing for my first job in journalism, still clean-shaven from the internship, I noticed nearly every man in the office had a beard. It was a good omen, and I’ve rocked the Chuck Norris look for the past nine years as a journalist.

Does This Sound Like Getting a Doctor’s Note for Weed?

With no parents to bother you about shaving and lots of experimentation in every other way, college is the ideal time to try out different facial hair configurations. And boy, do college men go hog wild with their whiskers…

…unless you’re a member of the Church of Jesus Christ of Latter-Day Saints. The Brigham Young University Universe published a fun little story earlier this month about Mormon college men getting creative to circumvent the BYU beard ban. They can get a waiver, known as a “beard card,” if they can show they have a skin condition that makes it painful to shave.

“Every time I got in trouble by either the Honor Code Office or the Testing Center I was handed a one-blade razor. I thought, if that is the standard, I’m going to use it. So I used it every day for three days, and it obliterated my neck. I had ingrown hairs, and it was gross,” Mike said. …

“I didn’t want to be dishonest about it, but I also felt like it’s my face and if I have to play by their rules then I will, so I did,” Mike said.

Another popular route to the beard card is using a lotion that causes an allergic reaction, Mike says. (Men at other universities typically use lotions for a different reason.) And then there’s the insane route:

Another student we’ll call Bobby also had an unauthorized beard. “I was losing points from my grade and getting emails from my professors,” Bobby said. “I shaved for three days like I was supposed to, and the night before I took steel wool to my neck and cheeks. The doctor looked at me and said it was obvious that I had a rash.”

Cheating the system is apparently better known among students than among campus administrators. “The Honor Code Office has not received any reports regarding this type of behavior,” said campus spokeswoman Carri Jenkins.

The Freedom to Be Set Apart If you think this sounds ridiculous – weren’t the church’s pioneers all bearded? – you’ll get a different perspective by reading the comments on the article. Here’s a sampling:

It seems like a small price to pay to go to such an excellent school with such a low tuition. … To be on the BYU team you ‘wear the uniform’ or ‘live the honor code’. Being on BYU campus surrounded by people wearing the uniform creates a very unique atmosphere especially when I compare it to walking around other universities.

No complaints here. When I was stationed with Marines, the grooming standards were much tougher than BYU. If I had so much as a whisker on inspection, I’d be doing push ups for awhile.

I wish BYU would just allow neatly-trimmed beards. … The only places you’re not allowed beards (if you’re LDS) is if you’re a temple worker or a BYU student. (And it stinks for normally-bearded men who get married in the middle of their BYU career and have to have abnormally clean-shaven faces in their wedding pictures because of this rule.)

I wonder if the students who fraudulently obtain beard cards also walk around campus with Democratic Party t-shirts and cans of Mountain Dew. Some just crave the attention!

There’s something to be said for a school being able to create its own identity and standards of conduct, to draw in people precisely because they want to be “set apart.” It’s what drove me to a Christian college after a lifetime in the public schools – and good public schools at that – surrounded by peers that I considered crass, profane, misogynistic and materialistic.

Of course you want to break the rules now and then, but you actually appreciate that there are rules, even if they change every so often in response to debate and evolving mores.

Maybe looking professional and well-groomed in your 20s is a small price to pay for an excellent education.