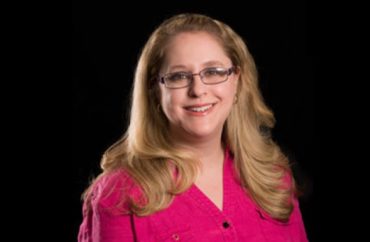 Symbol caused ‘heartburn’ for some in the ‘community’

A political science professor at Cal State Fullerton has successfully lobbied the administration to order campus police to remove the thin blue line emblems from their squad cars.

Professor Sarah Hill (pictured) told the Daily Titan that the mere sight of the blue line on officer’s cars was “causing some heartburn with some members of our community.”

Notably, they came to a “collective decision” without the police who actually had them on their cars.

She told the campus police chief that the images, literally a thin blue line meant to represent police officers and the role they play in a civilized society, was “deeply troubling.” The chief explained the line represents officers killed in the line of duty, but the professor explained to the cop how “racists” had “co-opted” the emblems.

Imagine, she told the campus newspaper, that someone calls the police and the friendly campus cops show up with a thin blue line.

“The difficulty is in an urgent situation, when this vehicle shows up, what the campus community will see as a police officer arriving in a vehicle with a symbol that is used by racists,” she told the paper. “And there’s not time to have a conversation at that point, right.”

The cops who patrol campus and respond to emergency calls had a different take.

“This has been a symbol that’s been around for decades and like I said it’s very sacred to police officers because it really represents our honor for the fallen men and women that have given their life in the line of duty over the last decades,” officer Scott Willey told the campus newspaper.

Another officer said the line is used as a way to represent the mourning over the death of a law enforcement officer. “When one pays the oath, makes the ultimate sacrifice, we have a right to be saddened by that and we have a right to honor them in the way that we do,” the cop told the campus newspaper.

But Professor Hill said that the university needed to order removal of the thin blue line in the quest for inclusiveness.

Additionally, Hill has noted that in the Guiding Principles for Social Justice document used by CSUF there is language stating that ‘by inclusive we mean every individual or group is welcomed, respected, supported, and valued to fully participate,’ as well as ‘Create an Antiracist Community — Embed and implement principles of antiracism, diversity, equity, and inclusion in all that we do.’ Hill said the thin blue line symbol goes directly against these principles.

Everyone is welcomed – just not cop supporters, of course.