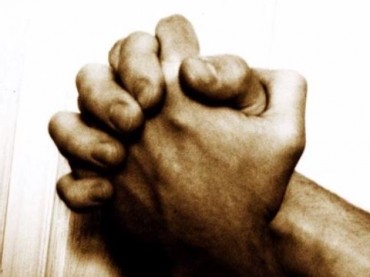 California lawmakers today are set to hear testimony on legislation that would repeal the California State University system’s all-comers policy, which currently forces campus Christian groups to accept non-Christians as their leaders.

That 1-year-old policy has wreaked havoc on Christian campus clubs, which have refused to allow non-Christians to lead their groups on principle.

As a result, CSU administrators have “derecognized” these groups. The Christian clubs have been taken off official directories, their campus funding has been cut off, they cannot advertise their events on campus, and more. It has prompted their visibility, membership and positive impact on campuses to plummet.

The Student Freedom of Association Act would rectify that. If approved, it would force all public colleges and universities in the state to protect students’ right to freedom of association by allowing campus groups of all stripes to set parameters on who can be their voting members or leaders.

“AB 1212 will require the governing bodies of UC, CSU, and California Community Colleges to adopt a policy prohibiting their respective campuses from discriminating against a student organization based on that organization’s requirement that its leaders or voting members adhere to the organization’s viewpoints or sincerely held beliefs,” states Republican Assemblywoman Shannon Grove, who sponsored the bill.

“Essentially this legislation will protect the rights of college students to form clubs around shared beliefs,” she added.

The California State Assembly’s committee on higher education is scheduled to debate the bill today.

“Christian organizations have been the ones essentially targeted,” he said of the 1-year-old policy, called “CSU Executive Order 1068.” That’s a shame, he added.

“These groups had such a great impact on campus life. They were great resources for students, helped them make a lot of friends, and they did a lot of outreach to freshmen, helping them adapt to life in college,” Honeycutt told The College Fix. “Now they are just gone. They still exist, but they can’t have an active presence on campus.”

But beyond that, the Student Freedom of Association Act would help students of all stripes and beliefs, including Muslim, pro-choice and Democratic students, he said.

Currently, CSU campus groups must allow all students, regardless of beliefs, to join or even lead their clubs, he said. That means College Republicans can flood College Democrat groups, pro-choice students can infiltrate pro-life campus organizations, and even Christians could join or lead Muslim groups, he said.

As it stands, the CSU policy essentially discriminates against those who hold fervent ideologies and beliefs, he said.

Honeycutt, (pictured) former president of the Cal Poly College Republicans, said it’s not unprecedented for student adversaries to try and infiltrate other students’ clubs; that actually took place between Republicans and Democrats years ago at Cal Poly.

“Your group could be subject to a hostile takeover,” Honeycutt said of campus clubs, adding that when presented with that problem, CSU administrators have dismissed it.

“They say, ‘We haven’t really seen it yet, we’ll cross that bridge when we get there,’” Honeycutt said. “They are not interested in doing anything about it.”

But Honeycutt is. He co-founded CSU SOFA, or Student Organizations for Free Association. The

group aims to help return the rights to students of all causes, from the Sierra Student Coalition to the Muslim Student Association.

CSU’s open-membership policy, enforced under the guise of promoting diversity and tolerance, is “prohibiting belief-based student organizations from protecting the mission, value and beliefs of their group,” he said.

‘This isn’t something we can let slide by’

Not just Christians have been effected by this new mandate, which was signed into policy by the CSU chancellor in December 2011 and implemented last summer.

Honeycutt said despite arguments and efforts by the Cal Poly College Republicans to keep a proviso in its bylaws that requires leaders and voting members to be Republican, they were forced last year by campus officials to either scrap it or be derecognized from campus.

He said although his Student Organizations for Free Association group is still small, he was spurred to create it because this is an important issue for all students.

“If I don’t do something about this, who is going to,” he said. “This isn’t something we can let slide by.”

“I wouldn’t want someone to limit what we can discuss and who we can elect,” said California State University Los Angeles vice president of external affairs Sasha Perez.

But the left-leaning student association decided not to support the legislation in what Honeycutt called a “baffling” decision, adding “from what I understand, a number of representatives agreed that the policy posed serious problems.”

California is also not alone in addressing this issue. Some Republican lawmakers in other states, such as Missouri and Kansas, have proposed bills to protect religious student groups’ association rights.