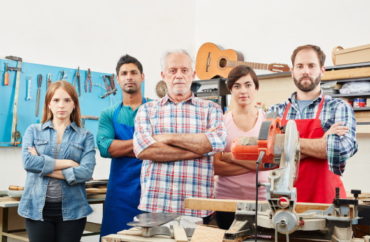 More than 150 scholars and economists have signed an open letter calling on California Gov. Gavin Newsom to suspend California Assembly Bill 5, a law that restricts independent contractors, to help the Golden State as it continues to battle the coronavirus.

California Assembly Bill 5 took aim at the “gig economy” by mandating companies hire as employees those they previously paid as freelancers with very few exceptions, arguing the workers deserve better wages and benefits.

What’s happened as a result is tens of thousands of independent contractors across the state of some 40 million residents have lost their income streams as companies cannot afford to hire them fulltime — and cannot fully employ them as freelancers under the new law.

The law was already facing many legal challenges and protests, but the coronavirus lockdown as well as the resulting statewide economic recession has exacerbated the entire situation.

The scholars argue the law has created unintended consequences during the pandemic.

“By prohibiting the use of independent contractor drivers, health care professionals, and workers in other critical areas, AB-5 is doing substantial, and avoidable, harm to the very people who now have the fewest resources and the worst alternatives available to them,” states the letter, signed by Nobel Laureate in economic sciences Vernon Smith, a professor at Chapman University.

It is also signed by professors employed at universities that include Stanford, Pepperdine, USC, and many campuses in the state’s two public university systems. The letter is signed mostly by economists, but other fields represented include business management, political science and agriculture. All have doctorate degrees.

“… A mountain of work needs to be done, deliveries made, and people stranded at home helped to receive groceries and medications. Meanwhile, furloughed Californians stand on the verge of being wiped out financially because the law prevents them from working part time in a variety of indispensable positions,” the letter states.

Jeffrey Clemens, a professor of economics at UC San Diego and a signatory of the open letter, said now is not the time for politics.

“This is not a time we want legal challenges standing in the way of getting people to work,” Clemens told The College Fix via email.

The letter states that “blocking work that is needed and impoverishing workers laid-off from other jobs are not the intentions of AB-5, but the law is having these unintended consequences and needs to be suspended.”

Republican California State Assemblyman Kevin Kiley has also sent a letter to Newsom urging him to suspend the bill to “ease the negative economic impacts of the pandemic.”

“This recent transformation in California labor law,” Kiley said, “has in some circumstances made the provision of care more difficult for physician assistants, home health providers, elder aides, and other professionals.”

Kiley argues Newsom can suspend the Assembly Bill 5 because the California Emergency Services Act allows the governor to “suspend any regulatory statue” he determines “would in any way prevent, hinder, or delay the mitigation of the effects of the emergency.”

The 151 scholars argue in their open letter, published last week, that gig workers could take jobs needed to mitigate the effects of the emergency. They add that employers will be cautious of hiring employees to traditional long-term jobs in an uncertain economy.

The letter was organized by the Independent Institute, a “non-profit, non-partisan, public-policy research and educational organization.”

Last week, California rolled out the Pandemic Unemployment Assistance Program to aid independent contractors and the self-employed during the recession.

On Friday, it was also announced lawmakers had reached an agreement with music groups and unions on an amendment to Assembly Bill 5, which would exempt some musicians from the law.

MORE: Class of 2020 grapples with losing its big grad moment: ‘slap in the face’