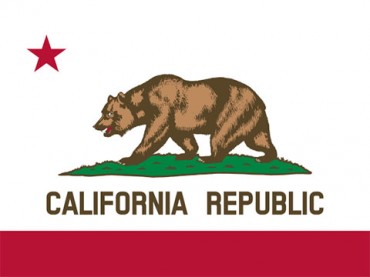 The alleged “rape culture” in America, and especially sexual assault on American college campuses, has stubbornly remained a hot topic in politics and the media this year.

The bill, which passed the Senate 27-9  in May and the Assembly Higher Education Committee 11-1 on Tuesday, would require California colleges receiving state funds for student financial aid to “adopt consistent victim-centered sexual assault policies and protocols.”

The Higher Education Committee and the Joint Legislative Audit Committee are scheduled to hold a hearing on campus sexual assault Monday. The bill was also referred to the Assembly Appropriations Committee.

Critics have said the bill could make any sexual activity a potential assault by definition, and that it wouldn’t stop assaulters from lying about getting consent from their sexual partners.

Colleges and universities now “have processes that protect and favor the perpetrators or humiliate the victim,” Jackson said at a press conference Feb. 10. “We are going to change that thinking of inaction.”

The bill follows federal investigations of 55 schools accused of unsatisfactorily addressing sexual assaults involving students. The Obama administration has proposed stricter guidelines under the Clery Act, which requires federally funded universities to report each year on all crimes, including sexual assault, connected with the schools. “We need a cultural shift to take those crimes much more seriously,” De Leon said at the press conference. “It will make very clear that ‘no’ means ‘no’…and only ‘yes’ means ‘yes’ within an affirmative consent policy.”

Beyond affirmative consent, the bill would put the burden of proof on the accused person instead of the victim. Most current disciplinary systems are “stacked against survivors,” according to statements by proponents of the bill at the same press conference.

The bill would also require schools to give victims the resources they need to recover. This means schools must work with post-trauma centers, victim advocacy and legal services, among other outside supplements.

“Rather than have campus investigators ask questions to figure out if the survivor said no, SB-967 has them look at if the survivor consented, verbally or non-verbally through mutual participation,” Claire Conlon, press and legislative aide for De Leon, told The College Fix.

Preponderance of evidence, which requires disciplinary proceedings against an accused student when most of the evidence points against him, is widely used in civil courts, Conlon told National Review.

Title IX of the Education Amendments of 1972 is currently interpreted to require “preponderance,” but this bill would set it into state law permanently, Joseph Cohn, legislative and policy director for the Foundation for Individual Rights in Education, told National Review.

Critics of the bill say that while sexual assault on college campuses is a real problem, the bill’s implications are nonsensical.

When asked by The College Fix how the bill would address false reporting or consent that was allegedly forced, De Leon aide Conlon said, “Lying is against [the schools’] conduct codes too” – suggesting the bill does not resolve either issue.

“I feel like their hearts are in the right place, but the implementation is a little too excessive,” Mu said. “Are there guidelines? Are we supposed to check [for consent] every five minutes?”

Asked what “sexual assault” encompasses, De Leon told the press conference, “It’s all under discussion right now. Stalking is part of it; stalking is sexual assault of some sort.

“When we talk about sexual assault, it’s a very broad category… It could be a verbal type of harassment,” De Leon said. The definition will also include dating violence and domestic violence.

The “minimum standards of protocols on all the college campuses” for offenses are still under deliberation, De Leon said.

Asked whether there was a “specific protocol” the sponsors were putting forward, De Leon said: “That will be developed as we move forward, but you will know about it.”