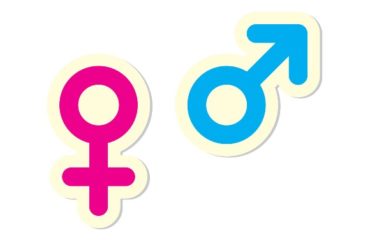 The Cambridge Dictionary, a project of Cambridge University Press, recently updated its definitions of “woman” and “man” to include people who identify as one or the other. Cambridge’s new dictionary entries may reflect a change in common language, but it does not change biological reality.

The Cambridge Dictionary definitions of “woman” now include “an adult female human being” as well as “an adult who lives an identifies as female though they may have been said to have a different sex at birth,” according to its website.

Its definitions of “man” similarly include “an adult male human being” as well as a “an adult who lives and identifies as male though they may have been said to have a different sex at birth.”

Cambridge is not the first dictionary to make the change. It additions “follow amendments in recent years from the Oxford English Dictionary and Merriam-Webster to expand their definitions on ‘woman’ and ‘female,’ respectively, according to The Washington Post.

“The categories of female and male are…general biological categories that apply to all species that reproduce sexually,” philosopher Rebecca Reilly-Cooper wrote in “Sex and Gender: A Beginner’s Guide.”

“While the language we use to describe these biological facts, and the values we attach to these facts, will be shaped by culture, the facts themselves exist independently of culture or our social understandings of them,” Cooper continued.

“If sex isn’t real, the lived reality of women globally is erased,” “Harry Potter” author J.K. Rowling tweeted on June 6, 2020. “I know and love trans people, but erasing the concept of sex removes the ability of many to meaningfully discuss their lives. It isn’t hate to speak the truth.”

If sex isn’t real, there’s no same-sex attraction. If sex isn’t real, the lived reality of women globally is erased. I know and love trans people, but erasing the concept of sex removes the ability of many to meaningfully discuss their lives. It isn’t hate to speak the truth.

Dictionaries reflect our usage first before they define it. In updating its entries in this way, Cambridge is merely reflecting the way we currently use language, for better or for worse.

“[Cambridge Dictionary’s editors] carefully studied usage patterns of the word woman and concluded that this definition is one that learners of English should be aware of to support their understanding of how the language is used,” Sophie White, a spokeswoman with Cambridge University Press and Assessment, told The Post.

Unlike Orwellian efforts to replace the word “woman” with “people with vaginas” or some other narrow, desexed term, the Cambridge definition expands our language rather than contracts it. But it broadens it in a way that will generate confusion in our data collection and in our ability to understand the world, and hamper our efforts to help persons of both sexes.

New definition will confuse fact collection, impede our ability to help both women and men

Though the new definitions do not change biological reality, they still pose serious problems.

Expanding the definition of “male” and “female” in this way introduces confusion about what we mean when we refer to each. When a domestic violence shelter, a college, a dating site or a sports team says they admit or include women only, now they either must clarify which official definition they mean or promote ambiguity and confusion about their membership.

Similarly, the vast amount of research and statistics that depends on “man” and “woman” as categories has become incoherent, because it can be interpreted in two ways.

“Women and racial and ethnic minority groups experience a higher burden of sexual violence, and over half of women have experienced sexual violence involving physical contact during their lifetimes,” according to the Centers for Disease Control and Prevention.

“Women now outnumber men in the U.S. college-educated labor force,” according to September study from the Pew Research Center.

Given the new definitions of “women” and “men,” how do we know what category of people these and so many other statistics refer to — biological females or other people who identify as females, or both?

This matters greatly, in part because biological females have unique characteristics and vulnerabilities — related to pregnancy and childbirth, greater risk of some diseases, and evolved brain differences, to name just a few — that biological males identifying as female do not share.

We need to be clear on what we mean by “women” and “men” so we can help both groups in different ways, and introducing confusing and ambiguity into our official definitions will only frustrate these efforts.

J.K. Rowling recently launched a biological female-only “rape help centre” in Edinburgh, according to the BBC.

“As a survivor of sexual assault myself, I know how important it is that survivors have the option of women-centred and women-delivered care at such a vulnerable time,” Rowling told the news outlet.

It’s evident what definition of “women” Rowling means here, but across our culture it is becoming increasingly unclear. Cambridge Dictionary’s change doesn’t alter scientific reality, but will confuse communication and endanger care for everyone, regardless of sex.