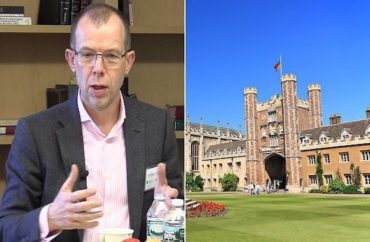 A dean at Cambridge University has come out in support of a student’s notion that Jesus Christ might have been … transgender.

According to The Telegraph, Trinity College Dean Michael Banner (pictured) backed a research fellow who the previous Sunday had sermonized that Christ “had a trans body.”

In his sermon, Joshua Heath showed paintings of Christ’s crucifixion and claimed a wound on the Jesus’s side “takes on a decidedly vaginal appearance.”

Heath also brought up “non-erotic depictions of Christ’s penis in historical art” which he said “urge a welcoming rather than hostile response towards the raised voices of trans people.” 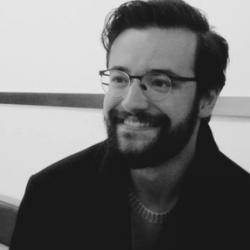 Heath (pictured) concluded by saying “In Christ’s simultaneously masculine and feminine body in these works, if the body of Christ as these works suggest the body of all bodies, then his body is also the trans body.”

In response to criticisms, including one which called Heath’s words “truly shocking,” Dean Banner said he thought Heath’s theories were “legitimate” and “provid[e] us with ways of thinking about issues around transgender questions today.”

Interestingly, Banner added that he would not invite a speaker who’d “deliberately seek to shock or offend” churchgoers.

A congregation member, who wished to remain anonymous, told Dr Banner in a complaint letter: “I left the service in tears. You offered to speak with me afterwards, but I was too distressed. I am contemptuous of the idea that by cutting a hole in a man, through which he can be penetrated, he can become a woman.

“I am especially contemptuous of such imagery when it is applied to our Lord, from the pulpit, at Evensong. I am contemptuous of the notion that we should be invited to contemplate the martyrdom of a ‘trans Christ’, a new heresy for our age.”

The worshipper said the audience and choir in the traditional Anglican service, with children present, was “visibly uncomfortable” at the […] sermon, which “made me feel unwelcome in the Church” and his partner felt “violated.”

A Trinity College spokesperson said Heath’s sermon “explored the nature of religious art” and was “in keeping with open debate and dialogue at the University of Cambridge.”

MORE: Teaching assistant says he would ‘assassinate Jesus’ if he had a time machine