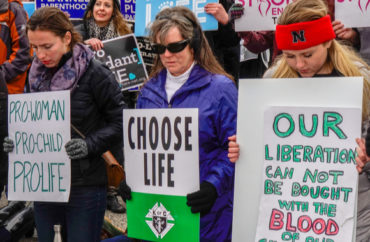 ‘Antisemitic’ to say abortion is ‘greatest genocide of all time’

University of Virginia Jewish student leaders circulated a letter ahead of a campus election that accused a student government candidate of antisemitism after he compared abortion to the Holocaust.

“We, Jewish student leaders on Grounds, write today to denounce, in the strongest of terms, the recently-surfaced antisemitic comments from Student Council Presidential candidate Gavin Oxley,” the students wrote in a letter on March 17. Oxley lost the race for the student council president position on March 19.

Oxley called abortion “the greatest genocide of all time” on a pro-life group’s Instagram post, according to the student paper The Cavalier Daily. The paper did not link to nor provide screenshots of the actual social media post.

“I in no way think the topic of the Holocaust to be joked with” Oxley wrote on the post, according to the campus paper.

Millions of innocents were slaughtered by the thousands because of the lack of reverence to the sanctity of life. By supporting abortion you are supporting genocide. As awful as the Holocaust was, this genocide has expanded even further than that. These fetuses that are being aborted are DEFENSELESS.

The letter, signed by over 50 students on campus, does not quote Oxley’s comments nor provide any context for them. Oxley did not respond to two Facebook messages in the past week from The College Fix that asked about the original post and if any of the leaders had reached out to him prior to circulating the letter.

Oxley said in early April that no one reached out to him. He sent The Fix the following statement:

I am unapologetically pro-life. Being pro-life is not only being anti-abortion but is supporting the ability for every human being to live a full life of equal opportunity and value. In my comments, I compared the magnitude of the two events. The Holocaust took the lives of over 6 million people. Abortion takes the lives of 125,000 people every day and, since Roe v. Wade in 1973, about 51 million abortions have been performed, amassing more deaths than the Holocaust. What I did NOT compare in my comments was the utter tragedy in both events. The subjective value of tragedy should not be compared as both are tragic in similar yet different ways. My argument is that if a person does find the Holocaust appaling [sic], how can they not be concerned with abortion? I was never asked to issue a statement during the election and given the opportunity, I would have gladly made this clear. Sadly, slander and fear tactics by the media and otherwise, prevented the truth from being brought to light. 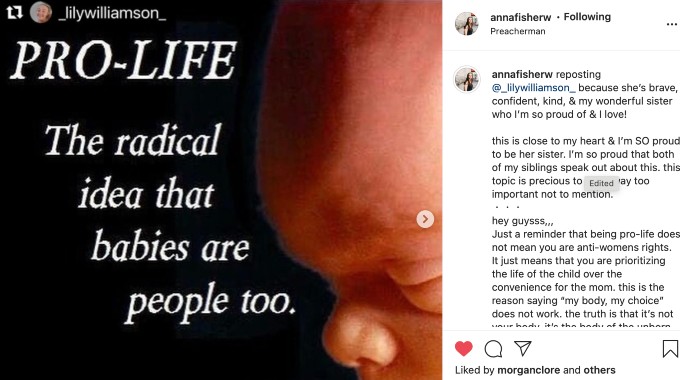 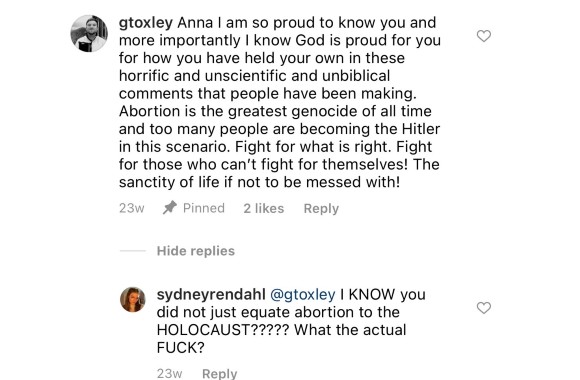 “Antisemitism is on a stark and terrifying rise throughout the United States,” the letter said, citing a report from the Anti-Defamation League. “In the face of such hate, it is our shared responsibility — both Jewish and non-Jewish — to call out antisemitism wherever it exists.”

Oxley’s speech is “dangerous” the letter said and it “serves to perpetuate antisemitism in our community.”

“We hope that Mr. Oxley, and the rest of our shared community, take this hateful speech as an opportunity to learn,” the letter said before a reference to Holocaust Remembrance Day, on April 7.

Signers of the letter include Matt Gillam, chair of the Jewish Leadership Council, and Jessie Mann, president of the Jewish Law Students Association.

The Fix reached out to the law student group via email on March 24 and March 29 but did not receive a response.

The Fix asked for clarification on how Oxley’s comments were antisemitic, copies of the post and comments made by the student government candidate and if the group believe all Holocaust comparisons are antisemitic.

The College Fix did not receive responses to two emails sent in the past week to Charlotte Bilski, a signer of the letter and a past president of the student group.

The Leadership Council did not respond to two Facebook messages asking similar questions in the past week.

The phrase “holocaust of the unborn” or variations on it have been used by pro-life activists for years, either to draw a comparison to the Holocaust or to note the “thorough destruction” of human life through abortion.

Editor’s note: The article has been updated with comment from Gavin Oxley and screenshots of the social media posts.