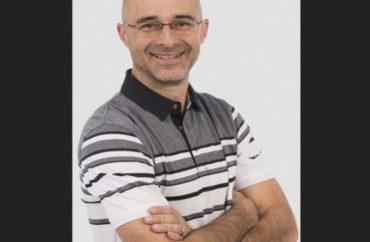 A Canadian professor has been suspended for two months without pay for comments he made late last year regarding the benefits of COVID vaccines for children.

According to The Suburban, microbiology and immunology Professor Patrick Provost was sanctioned by Université Laval in the middle of June for his remarks.

After a post-Réinfo COVID conference email from Provost to his colleagues asking them “to share their views with the public,” someone complained to the university — whereupon the school concluded Provost’s comments were “biased” and that he “did not sufficiently analyze his data.”

Réinfo COVID is “a collective of nurses, physicians, scientists, and citizens seeking to generate debate about how the pandemic has been handled by the government.”

Provost told the Canadian Press that “As soon as you raise some concerns about vaccines, or side-effects, or complications related to vaccines, then it’s worse than the N-word. We should be able to discuss any ideas — any opinions — and because I express opinions that were going against the narrative of the government, I was suspended.”

In addition, Provost said in a June Quebecor Media piece that the COVID-19 “was very real” but asked “was it as significant as reported?” He provided data showing a mere five individuals under age 40 had died of the disease and questioned the Canadian government’s vaccine mandates and passports.

Quebecor Media promptly scrubbed the article with Provost’s remarks. Journal de Québec Editor-in-Chief Sébastien Ménard justified the censorship on the basis that some of Provost’s points “were inaccurate or could mislead the public.”

“[W]e can’t subscribe to that,” Ménard said, but he did not disclose just what was “inaccurate” about Provost’s statements — even after a query by the professor.

Douglas Farrow, a professor of theology and ethics at McGill University in Montreal, called the Laval suspensions “A Repressive Political Act” in a Substack article he penned on June 30.

“Université Laval has resorted to professional violence to prop up Quebec’s crumbling Covid narrative,” Farrow wrote. “A secondary casualty of the violence is the principle of academic freedom.”

Farrow characterized the sanctions as only one manifestation of a larger project to censor minority opinions on the pandemic and the responses to it.

“There is major pressure being applied to prevent the public from hearing reasoned arguments about these things, and it doesn’t actually matter whether the argument is statistical, or whether it’s medical and scientific, or whether it’s political,” he said.

“Patrick [Provost] is the kind of person who could do it on the medical scientific front; he can also do it on the statistical front and he can do it on the common-sense, political front. But obviously they don’t want people to hear any of that, and so they’ve taken action against him.”

Canadian Association of University Teachers Executive Director David Robinson said that a suspension such as Provost’s “should be limited to comments that demonstrate incompetence or violate speech limits, and that there should be a ‘high tolerance’ for academic freedom and diverse views.”

The Université Laval faculty union has filed a grievance on Provost’s behalf.

Québec recently passed Bill 32 due to claims “professors had stopped teaching controversial subjects in order to avoid offending students.” A survey showed that 60 percent of professors had “self-censored” and 82 percent said they “wanted all restrictions lifted” on what they were able to say in class.