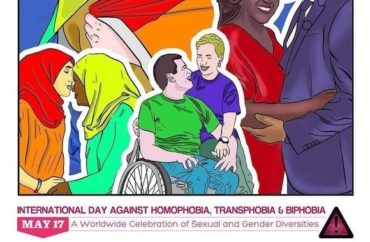 A university in Ontario, Canada deleted from a social media page an image of two women dressed in hijabs kissing due to complaints from the local Muslim community.

According to The London Free Press, Western University had posted the image to its Instagram account for the International Day Against Homophobia, Transphobia, and Biphobia. The picture (below) also featured two (black and white) men kissing, a person in a wheelchair with a sexually ambiguous partner, and a black man and woman.

The “firestorm” of complaints noted the image was “inappropriate” and “disrespectful” due to “religious and spiritual” nature of the hijab.

Iman Abd Alfatah Twakkal said that while the Muslim community “respect[s] the human rights of everyone as protected under Ontario’s human rights bill” and “appreciate[s] that the intent is to promote inclusion,” the Western U. poster was “doing the opposite . . . singling a Muslim religious symbol in that setting is inappropriate.”

A Change.org petition began last week demanding Western remove the image. It sought 50,000 supporters and currently has over 35,500. 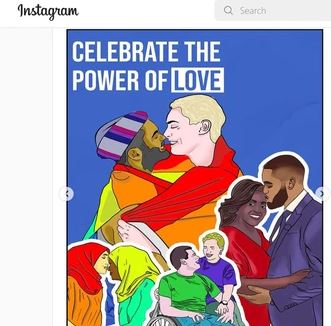 “[I]t should be made clear that this is not an attack on the LGBT+ community, and the existence of queer Muslims is acknowledged,” the petition reads. But “this does not mean that the Muslim community should allow any or all elements of its religion to be used to propagate any notion one deems worthy.

“It should also be made clear that if you are not Muslim, you have no right to tell us what we can and cannot find offensive.”

Western initially stood firm in keeping the picture up noting it “understood ‘how complex and intersectional this topic is’ and that the ‘imagery may be upsetting to some Muslims.’” However, Associate Vice President of Equity, Diversity and Inclusion Opiyo Oloya announced on Wednesday the picture had been removed.

“We believe this presents an opportunity for genuine, thoughtful discussion about how we can best support members of the Queer Muslim community, and those from all faiths and backgrounds within the 2SLGBTQ+ community,” Oloya said.

After the image was taken down, the Change.org petition added an update: “Image has been removed, No Official Apology issued and deliberate targeting of Islam continues.”

“Progress has been made but targeting the Islamic faith and lack of apology as if the institution committed no wrong action needs to be addressed,” the update said. “Western University continues to attempt to gaslight the Muslim Community. The Petition continues to demand an official apology and acceptance of wrongdoing by Western University.”