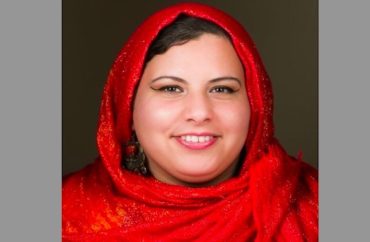 The University of California Santa Barbara’s Multicultural Center hosted a scholar/activist earlier this month who blamed the United States for the phenomena known as “institutionalized” and “internalized” Islamophobia.

Maha Hilal of the Justice for Muslims Collective said the former is comprised of “racial profiling and hyper-surveillance of Muslim communities,” while the latter is “members of the Muslim community feeling compelled to participate in Islamophobic narratives,” according to the Daily Nexus.

In critical theory style, Hilal alleged that, like racism, institutionalized Islamophobia is “officially built into state and societal structures” so the government can oppress Muslims and “justify [its] wars.” The official sentiment of the U.S. is that Islam is a “violent, barbaric, uncivilized and opposed to normative democratic values.”

The government uses this to justify “militarism, draconian immigration policies and torture,” Hilal said. As a result of these factors, non-radicalized Muslims buy into the “negative and problematic tropes” about their demographic.

“There is a way to stop the violence, and part of it is the United States taking responsibility for this violence,” [Hilal said]. “I should note, however, … that US wars never actually end; they just morph into new wars that preserve the violence of wars past.” …

“What I really want to impart here is just how powerful narrative is in the course of the war on terror and how it has served to define the state’s interests in the way that those targeted by the state have been almost powerless to confront,” Hilal continued. “If you are the one who gets to construct what terrorism is, what evil is, what violence is, you have the power.“

Hilal noted the U.S. government’s Islamophobia is a bipartisan affair: George W. Bush and his successor Barack Obama both used inflammatory rhetoric with regards to the War on Terror, such as referring to radical Muslim terror attacks as “evil.”

In a recent tweet regarding the United States’ still-lingering relationship with Afghanistan, Hilal referred to the former as “irredeemable.”

According to her Linkedin page, Hilal received a “Critical Language Scholarship” from the U.S. State Department in 2011 and  specializes in “political education programming and narrative shifting programming.”