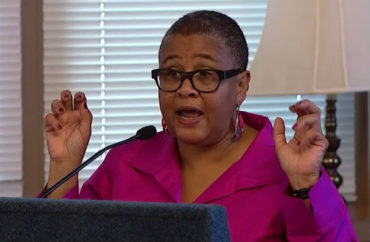 The Social Justice Institute at Case Western Reserve University is offering students and professors thousands of dollars each to promote, research and advocate for social justice.

While the university says “social activism” has been a focus since its founding by an abolitionist, the seven-year-old institute – which is directly funded by the administration – has more recently started paying people to make this “hallmark” of Case Western Reserve a reality.li

Undergraduates can apply for up to $2,500 to support any research project related to social justice, and graduate students can apply for grants up to $3,500.

Professors who wish to redesign their classes to better promote social justice can also receive grants, to the tune of up to $2,500.

Tenured or tenure-track professors who can “demonstrate a long-term commitment to social justice” can also apply for up to $10,000 in grants to support a research project, as long as they can justify how it relates to social justice.

Their university-funded research can “uniquely shape both the university’s efforts to combat inequality and other local, national and global issues,” says the fellowships page.

“Social justice is defined as eradicating systems of power and oppression with the purpose of advancing fairness and equality through the redistribution of resources and opportunities and exalting human dignity and respect,” the application reads.

MORE: More than 100 colleges have academic programs in social justice

The funding is consistent with the mission of the institute, according to Lisa Kollins, the institute’s head administrator.

She told The College Fix in a phone interview that the fellowships are competitive and each year there are numerous applicants from across the university. They are also directly funded by the university administration.

Research projects previously funded by the institute include “Masculinities, Fatherhood, and Marginalized Urban Communities” and “The Lived Experiences of Professional Dancers of Color,” according to a list Kollins referred.

MaryTherese Escueta, a rising senior at Case Western Reserve, received a $2,500 grant this past academic year to conduct research for the dancers project.

Escueta told The Fix she’s grateful for the institute’s funding and that she plans on expanding her project during her senior year with more interviews and qualitative research.

“Social Justice Institute does awesome work,” said Escueta in an email. “The programs they put on and support are really aimed at, in my opinion, addressing the roots of social inequality and thinking about solutions to many of these institutionalized -isms.”

Kollins said the institute also helps coordinate the school’s minor in social justice by reviewing which classes across all disciplines qualify for credit.

“Everything from history, to sociology, to anthropology, to women and gender studies, classes in nursing, public health,” are disciplines at the university that include social justice classes, said Kollins.

The institute also works to advance social justice in non-social science classes by offering professors grants to compensate them for re-designing their classes.

Out of “some” professors who have applied, Kollins said, only one has successfully redesigned a class with the help of a grant from the institute.

Three years ago, Engineering Prof. Daniel Lacks received a grant to design a capstone course for engineering seniors focused on social justice. Since then, he offered the class in spring 2015 and 2016 terms, with each capstone drawing about 10 students.

Lacks told The Fix that the class contextualized engineering issues with a social justice lens. It probed questions such as “Why are there these inequalities, how did they get there?” and “What are engineers doing that could end up increasing or promoting inequalities?” he said in a phone interview.

Since the capstone was revamped with the help of the Social Justice Institute, the course can help fulfill the requirements for the social justice minor. Lacks said while the capstone wasn’t offered this year, he hopes to offer it again next year on an “every other year or so” basis.

The institute also has a program for social justice-oriented student groups that helps them organize and publicize events and get funding, according to Kollins.

The Feminist Collective at CWRU, the Radical Student Union (which holds events including Socialist Study Table) and La Alianza, the school’s Latino heritage student organization, are all officially supported by the Social Justice Institute.

The president of La Alianza, Justine Bernacet, praised the institute for helping her club hold events that pertain to the Latino community.

She told The Fix the institute has helped her club by organizing a viewing of a documentary on undocumented immigrants and sponsoring lectures on campus by labor and immigration activists.

“Their existence and support is vital to La Alianza as an organization,” said Bernacet in a text message. “We could not do what we do without them.”

The institute also holds events in response to issues happening in the local and national community, including “a few” responding to the 2016 election, said Kollins.

One was a “Post-Election Analysis” open to students on “how this [election] happened.” Another featured lectures including “Is this Neo-Fascism or something else?” and “Creative Resistance” as part of the event “100 Days Into the Presidency: A Three Part Community Conversation.”

All of the students The Fix talked to praised the institute.

“I definitely support it since I believe every university must have one if they are to be places where students not only receive the skills necessary for their field, but grow into moral citizens, moral not only in knowledge, but in action,” said Andrea Doe, a sophomore involved with the Radical Student Union.