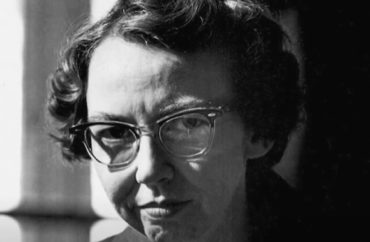 ‘She did not behave as a racist, nor produce racist work,’ expert says

O’Connor was a Catholic writer who often wrote about difficult topics and issues relating to Southern culture and race. Some scholars who study O’Connor say it is unfair to label her a racist and have criticized the private university’s decision.

The Jesuit Catholic university in Baltimore announced July 24 that the university would rename the residence hall after Sister Thea Bowman, an African-American Catholic nun who advocated for social justice causes.

The decision came about a month after a 29-word petition was circulated which stated: “Recent letters and postcards written by Flannery O’Connor express strong racist sentiments and hate speech.”

O’Connor died in 1964, so activists may have been referring to discovered letters and postcards.

University President Brian Linnane, who is also a Catholic priest, said that “the building names we use at Loyola should declare to our students—and entire community—what sort of values we esteem and hope to instill in our graduates.”

All the email stated was racism was present in some of her work, nothing more. It did not name specific incidents of racism by O’Connor, nor explain what exactly caused the renaming.

A spokesman for the university shared a copy of the email sent out by the president of the university but did not respond to follow-up questions from The College Fix.

In response, several scholars have come out in defense of O’Conner, saying in interviews with The College Fix she had been wrongly maligned.

Mark Bosco, a Catholic priest who produced a documentary about O’Connor’s work and life, said that O’Connor recognized racism and wanted to change it.

“Flannery O’Connor’s work—and her life—reflect a Jesuit university’s values. This could have been a teachable moment of engagement with students, faculty, administrators and scholars on complicating our understanding of racism and white privilege, and is instead a quick judgement,” Bosco wrote in an email to The College Fix.

Bosco called the renaming of the residence hall “a travesty, an act decided prematurely.”

He said the decision is controversial as evidenced by the “[p]rotests by scholars, writers, artists against the move to take the name off the building.”

More than 80 scholars, authors, and priests have signed a letter to the university, urging it to reconsider its decision. The letter was led by a former Loyola University-Maryland professor and was also signed by African-American author Alice Walker.

“If a university (Catholic or otherwise) effectively banishes Flannery O’Connor, why keep Sophocles, Dante, Shakespeare, Dickens, Dostoevsky and other writers who were marked by the racist, misogynist, and/or anti-Semitic cultures and eras they lived in the midst of? No one will be left standing,” the letter stated in part.

Bosco, a professor and administrator at Georgetown University, said O’Connor was not a racist.

“It is not accurate to label Flannery O’Connor as a racist or, if you do so, then you might as well condemn and cancel a good portion of white folks living in the South in the 50s and 60s, for they certainly drank in the assumptions of white privilege that reinforced the systemic racism of their culture and history,” he said.

Instead, Bosco argues, “O’Connor is what I would call a recovering racist, in the sense that she knew racial injustice was a terrible thing and things had to change.”

Addressing the criticism that O’Connor used the “n-word’ in her writings, Bosco wrote “she uses the N word often (having grown up with a mother who used it all the time with her) and uses it as a transgressive act of humor with one friend in particular.”

“The best one can say is that O’Connor was full of contradictions about race. So I don’t think racist is the right word for O’Connor,” Bosco said. “If she had racist moments, she did not behave as a racist, nor produce racist work.”

This criticism of the decision and judgement of O’Connor was echoed by Jessica Hooten Wilson, a humanities professor at the University of Dallas and an author on a book on O’Connor, in an email to The College Fix.

“If you are willing to first call yourself a racist, then you can call Flannery O’Connor a racist. Labels are unhelpful as racism is something you either participate in or fight against. To label someone a racist is to reduce them to a caricature rather than to see them as a living person fighting against the worst habits in the self towards a future better self,” she said.

Asked about the renaming of the residence hall, Wilson wrote: “Our culture is all about pretense and moral signaling right now that we’re missing real virtuous living, which is a daily and gradual process full of failures as well as successes.”

“If we continue to cast stones at everyone for whom there is public evidence against their sainthood, we will be surrounded by carcasses and ruins.”

Wilson argued that honoring Thea Bowman is good, but it should not come at the expense of honoring heroes from the past, even if they had flaws.

“We should not have to cancel the heroes from our past to make room for those who also deserve to be honored,” she said, “… the administration should have been the guide to show the students how to respond well to seeing their heroes humanized.”

“Instead, the administration bowed to students and catered to their good intentions versus showing them a better way of moving forward.”

Editor’s note: The title and name for Jessica Hooten Wilson hasve been updated to reflect what subject she teaches.