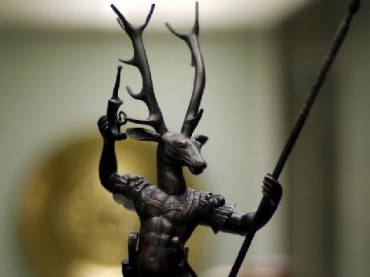 Loyola University Chicago recently christened a new pagan student club, with its student organizer saying the group aims to help pupils at the private Catholic college find the God they seek, not just the one featured in the Bible.

“Loyola’s mission states that ‘seeking God in all things’ is one of the main tenants of the university,” said the group’s student president, Jill Kreider, in an email to The College Fix. “While the mission primarily focuses on the Abrahamic God, there is no reason a Pagan student (or a Hindu, Baha’i or Sikh student) cannot seek using his or her own faith, regardless of which god they are doing it for.”

The alliance initially defined itself on its Facebook page as seeking “to unify Pagan, the spiritual but not religious, those seeking faith or religion, minority faith students (including but not limited to: Buddhists, Taoists, Shinto practitioners, Santeras, etc…) pluralists and those students interested in New Age religions on Loyola’s campus. If you don’t have a faith group on campus, we’re here to fill that gap!” One of the most common beliefs often associated with paganism is also Wicca.

(At right, Kreider serves on the university’s Interfaith Advocate Team. This is a screenshot of her public profile.)

As a start, the group plans to host documentary viewings on religion in America, as well as films which explain the belief systems of club members “in a positive and truthful light,” Kreider said. Speakers from the “Chicago Pagan community,” including some Loyola alumni, may also give talks, she said.

The Loyola Student Pagan Alliance was granted official recognition by the university earlier this month by its Student Activities and Greek Affairs board.

However, shortly after the group’s approval, it changed its name and deleted a reference to the word “pagan” on its Facebook page, which is only accessible by Loyola University Chicago students. The alliance now calls itself the “Indigenous Faith Tradition Alliance.”

“Following the [Student Activities and Greek Affairs] approval, other leaders within student development expressed concerns related to the organization’s name, and the breadth and lack of definition of its constitution,” said campus spokesman Steve Christensen in an email to The College Fix.

Kreider said the name change can be traced to administrators. “The name change was necessary because the term pagan does not sit well with the administration,” Kreider said in an email. “The club’s mission is still the same, and the religions and faith traditions which we practice are indeed pre-Christian, and indigenous to the region or society to which they belong.”

Christensen, the campus spokesman, said the group’s existence is not antithetical to the Catholic-Christian nature of Loyola.

“At Loyola we welcome and foster an open exchange of ideas and encourage debate and sharing differing views and opinions to advance education,” he told The College Fix. “We believe that discussion around complex topics results in deeper critical thinking skills and well-rounded citizens.”

Student organizations are not required to identify with the religious views of the university, he added.

Kreider argued other religions are already represented on campus, so why not a pagan one.

“Loyola already has a Muslim Student Association, a Hindu Student Organization, as well as other non-denominational or Protestant Christian groups on campus,” she said. “Including a Pagan group does not go against the ideas held within the mission of the university. There is nothing stating that any Pagan faith actively is ‘antithetical’ to the Catholic faith.”