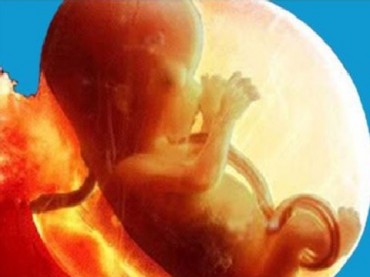 A video released Tuesday captures a University of Alabama student asking a campus administrator where her Bama Students For Life poster displayed in the Student Union had gone, only to find it in the official’s office – an administrator who told the student it had garnered complaints and therefore was taken down.

The poster in question includes very small pictures of victims of the notorious late-term abortionist and convicted murderer Kermit Gosnell and another small head shot of a young woman who apparently died from an abortion. Those small images were intermixed with a few other photos and written facts about abortion, such as the estimate that there has been 56 million abortions since the procedure was legalized in 1973.

In the two-minute video, taken with a smartphone and released Tuesday by Alliance Defending Freedom, a conservative legal firm, a University of Alabama student named Claire Chretien with Bama Students For Life questions why the poster was removed even though her group reserved the display case in advance.

“It’s like I told you from the beginning, if we receive complaints about it, we have to take it down,” the administrator, Ferguson Student Center Event Coordinator Donna Lake, tells Chretien.

Lake said the “dead babies and the dead person” is what people complained about. “The Student Union is for all students,” the administrator said. “So we have to keep it happy for everybody.”

“Except us,” Chretien said, “because our thing doesn’t get to be …”

At which point Lake interrupted and said she warned Bama Students For Life that if there were complaints, it would be taken down.

Chretien had also asked about the guidelines for the display case, to which Lake responded: “No offensive or graphic material.”

“So you guys were lucky to get it up there as long as you did,” Lake said. “If we get a complaint, we have to take it down. It’s just like if somebody put up something that upset you in some way that you felt deeply about.”

To which Chretien replied: “I probably wouldn’t want them to take it down, but I guess everyone is different.”

“Universities are supposed to be the marketplace of ideas, not arenas for censoring particular viewpoints just because someone feels offended,” said Legal Counsel Matt Sharp in a statement.

The firm sent a letter to the university which states in part that “we believe that the removal of our pro-life display violates our First Amendment right to free speech. The United States Supreme Court has said that educators cannot ban offensive speech…. The Ferguson Center permits all kinds of speech by other students and student groups that many people would find ‘offensive’ or ‘graphic.’”

“For example,” the letter continues, “on one bulletin board is an ad for the UA Theatre & Dance program’s presentation of ‘Blood Wedding.’ The poster states that the event is ‘For Mature Audiences’ and features blood stained glass superimposed on a picture of a bride and groom. A few months ago the Ferguson Center Art Gallery displayed student artwork, and one painting showed male full frontal nudity. Other student groups are also permitted to display information about women’s health, safety issues, and the consequences of sex. All of these problems were addressed in our pro-life display that provided facts and information on the harm caused by abortion–both to the infant who is killed and to the mother.”