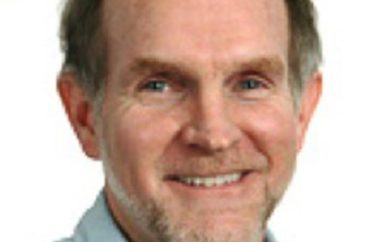 In June 2020, Timothy Boudreau was giving his class at Central Michigan University a lesson in free speech.

Noting that utterances protected by the First Amendment aren’t always pretty, Boudreau referenced a 1993 case in which a Central Michigan basketball coach was fired for using the “n-word” while addressing the players.

According to a lawsuit later filed by the coach, he told his mostly African American players that he wanted them to “play like n—ers on the court,” but not to act like “n—ers in the classroom.”

The players said they weren’t offended — but it wasn’t enough to save the coach’s job. (Eventually, the coach won in court, defeating the school’s speech code.)

During his classroom lecture 17 years later, Boudreau used the episode to teach his students that even ugly speech is constitutionally protected. In referencing the case, he used the n-word.

“I quoted the exact language from cases because it’s accurate and complete, which is essential in a journalism course,” Boudreau told The College Fix via email. “I quoted the basketball coach’s words accurately. He used the complete word, not the euphemism.”

Observers of modern campus culture don’t need long to guess what happened next. An offended former student, who had graduated the previous year, took to the internet to post a video condemning Boudreau for referencing the slur.

“Since we are exposing racists, let me introduce you to @cmuniversity professor Tim Boudreau who freely uses the n-word in class whether it be providing examples or quoting an individual,” the former student wrote.

Soon, the school posted a statement on Instagram vowing to investigate Boudreau’s “racist conduct,” seemingly already having found him guilty. The school called Boudreau and offered him the chance to apologize and vow to never use the word in the classroom again, an offer he contemplated.

But two hours after the phone call, Boudreau, who had been teaching media law for 15 years without a single student complaint, was notified he had been suspended by the university and that an investigation had been launched.

Boudreau said he was “told to stay away from campus, from students, turn in my I.D…I felt like I was a criminal.”

“I am extremely reluctant to censor language in a legal case,” Boudreau told The Fix. “Doing so neuters the language, misrepresents the facts and raises a lot of questions.”

“Media law, or any course that focuses on the First Amendment, is certain to involve words that offend all sorts of listeners for all sorts of reasons — LGBTQ, Black students, Christians, Jews, and many others. Which terms should I censor? Why those and not others? Perhaps CMU should issue its index of proscribed words to guide its faculty here,” he said.

In his years at the university, Boudreau was never one to tread lightly in the area of free speech. His classes often studied statements by those needing constitutional protection for their speech — oftentimes, this was speech that was offensive. Invitees to speak in his class included members of the notorious Westboro Baptist Church, Satanists, and a Koran-burning pastor.

“Free speech champions aren’t always ‘cuddly’ types,” Boudreau told a local newspaper in 2018. “Many of my students hope to be journalists when they leave CMU; this presentation is designed to remind them that it’s not just your right to free speech, it also protects Westboro’s right to celebrate a soldier’s death.”

“I think students, college students in particular, should be challenged on their beliefs,” he told a writer for the Foundation for Individual Rights in Education earlier this year. “That’s why I brought in controversial speakers. I wanted to give them an opportunity to challenge those speakers. I firmly believe the answer to bad speech is better speech, or more speech.”

The professor quickly enlisted attorneys from FIRE to represent him in his dispute against the university.

Then, in mid-August, the school released a report detailing the investigation into the incident. Among other things, the report criticized Boudreau for creating a hostile learning environment by failing to offer students a “trigger warning” that he was about to use the n-word.

But one student told the campus newspaper that Boudreau had, in fact, given a warning in February that he would be referring to racial slurs when the Dambrot lawsuit came up in class.

“I know that such language upsets some students, so I always warned my students that we would occasionally use words that might offend them,” said Boudreau. “Call it a trigger warning or just common courtesy, but I routinely alerted them to that possibility.”

The report further accused Boudreau of using the word for “titillation,” for “personal amusement,” and for “personal indulgence of a whim, a thrill, a frolic.”

“For CMU to terminate him because he was accurately quoting the university’s former basketball coach in a judicial opinion is as unconstitutional as it is ridiculous,” said Greg Greubel, the FIRE attorney representing Boudreau, earlier this year.

“But he chose not to, and we think not by accident. Rather, Judge Keith likely (1) thought it important to accurately quote the facts, even when the facts include offensive words, and (2) drew a sharp distinction between wrongfully using a word as an insult (or perhaps even as an odd compliment, as Coach Dambrot may have misguidedly intended it), and properly mentioning it as a fact,” the professors wrote.

They further note the word has appeared in nearly 10,000 court decisions since 2000 alone, including ones written by judicial progressives including Ruth Bader Ginsburg, Elena Kagan, and Sonya Sotomayor.

Eventually, Boudreau settled with the university, accepting his full salary from September 1 of last year until the end of this month. He retired from the school and withdrew all claims against the university.

“I taught the course to about 1,500 students over some 15 years and never once received a complaint about the language until a single student posted to social media last year,” Boudreau said. “Apparently most of them heard my frequent warnings. It’s unfortunate at least one missed them.”

As for his plans in retirement, Boudreau said he’d “welcome the chance to talk about this and related issues involving academic freedom, although the current climate on college campuses is hardly conducive to that right now.”

“I understand and respect that some of my colleagues disagree with my approach, and I’d welcome the chance to discuss it with them.”

“Maybe CMU would like to invite me back,” he said.