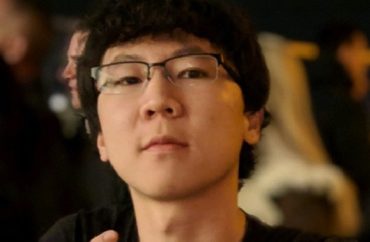 A Chinese national at the University of California San Diego remains in prison on attempted murder charges.

Yuhao Du, a doctoral student at the public university, “entered a dual plea of not guilty and not guilty by reason of insanity,” according to the San Diego County District Attorney’s Office.

“The defendant remains in custody on no bail status,” Public Affairs Officer Tanya Sierra told The College Fix via email. Du (pictured) will appear back in court on July 6.

An unsigned email from the university’s media relations team to The Fix stated that Du remained a student.

The university did not answer a question about Du’s citizenship status. However, the San Diego Union Tribune reported that Du is a “25-year-old Chinese national.”

The prosecutor accused Du of an “attempt to murder” a California Highway patrolman named Anthony Pacheco.

The criminal complaint, shared with The Fix by the county prosecutor’s office, stated that Du “intentionally and personally discharged a firearm” and committed assault against a law enforcement officer.

“On Wednesday, April 27, 2022, a California Highway Patrol officer was shot in the leg while investigating a crash on a San Diego area freeway,” the law enforcement agency stated on April 28. CHP shared the news release with The Fix.

Du crashed his car into a median and “was standing in the center median in front of his vehicle, [when he] suddenly attacked the officer, lunging for the officer’s firearm.”

“Du attempted to take control of the officer’s firearm, and a struggle ensued. During the struggle, one round discharged and struck the officer in the leg,” highway patrol stated. “The struggle continued, at which point several passing motorists stopped to assist the injured officer by providing medical aid and restraining Du until additional law enforcement arrived. “

“I am extremely grateful for the members of the public who put themselves in harms way to help our officer after he was shot in the leg,” CHP Chief Scott Parker stated. “This incident could have ended in a greater tragedy had those individuals not intervened. CHP officers put themselves at risk every day they come to work.”

Anna Demidchik, one of Du’s attorneys, did not respond to two requests for comment sent in the past week to her law firm that asked for information on her client’s citizenship status and the case.

She told the San Diego Union-Tribune that Du’s family in China hired her firm because she has staff and attorneys that speak Chinese.

The Fix emailed Robert Harton, another attorney for Du, on May 17 and asked about the nature of his client’s mental illness and his citizenship status. Harton did not respond.