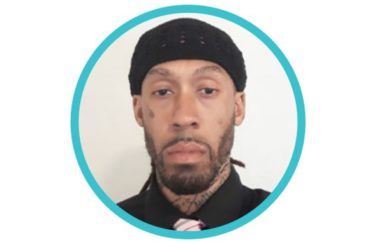 A University of California Berkeley student who is active with a prison-to-university program now faces two felony charges after allegedly making violent threats toward university staff.

Lamar Bursey (pictured) has been charged with “two felony counts of making criminal threats against two UC Berkeley staff members,” according to Berkeleyside.

“Depending on who I feel was helping or not, 2 people on this email will get shot,” Bursey allegedly wrote, according to the Los Angeles Times.

His alleged threats led to a campus-wide lockdown on Thursday, April 21.

Bursey is a member of the university’s Underground Scholars program although the initiative, partially led by students,  scrubbed his name from the website.

He worked as an “Outreach Program Coordinator” recruiting other released felons to attend UC Berkeley.

The prison program’s student coordinator told The College Fix she did not know any details about Bursey’s criminal background.

“I’m not sure,” Underground Scholars coordinator Shani Shay told The Fix on Monday when asked about Bursey’s criminal past. “I just know Lamar was an Underground scholar and we tried to support him the best we could.”

The initiative “creates a pathway for incarcerated, formerly incarcerated and system impacted individuals into higher education.”

MORE: Virginia student accused of murder while out on probation

“We are building a prison-to-school pipeline through recruitment, retention, and advocacy. BUS is an academic support program housed within the Division of Equity and Inclusion at UC Berkeley,” the website for the program stated.

The university had placed Bursey “on academic suspension for an incident that occurred April 14,” the campus police told the Los Angeles Times.

The university would not share details about Bursey’s prior criminal record and time in prison and if there are any crimes that would prevent a felon from enrolling as a student at UC Berkeley.

“If the campus becomes aware of the criminal history of a student, any threat to the community is addressed on a case by case basis,” Gilmore stated in her email. She said the prison program is not part of the admissions process and enrollees must go through the same application procedures.

She deferred to law enforcement for questions about the criminal record of an enrolled student at UC Berkeley.

An attempt to reach the Alameda County district attorney’s office was not successful.

“The punishment could include years in state prison,” Breyer said. “However, we are hopeful that everyone will realize that this is more of a mental health problem than it is a criminal problem.”

Bursey signed onto a letter to Governor Gavin Newsom on March 27, 2020 that urged the state’s chief executive to let people out of prison and allow parolees and those on probation to remove their GPS tracking devices to receive medical care due to the COVID outbreak.