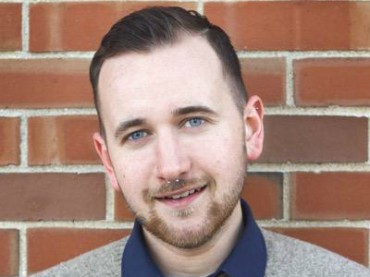 Group’s staff counselor is a school-approved lesbian, though

A student who convinced Wheaton College to let him start an LGBT “support group” has been ousted as its leader after coming out of the closet himself.

The evangelical school’s attempt to walk a fine line – providing support for LGBT students without seeming to endorse sex outside of traditional marriage – is being replicated by other Christian colleges. Justin Massey started Refuge, a “student-led campus support group for students who identify as non-heterosexual or are questioning their sexual identity,” as he himself was coming out at Wheaton, Massey told the Orange County Register last month.

It’s not clear whether Massey’s sexuality ever came up as he negotiated with the administration to start Refuge.

“There were definitely some big obstacles and difficult conversations but I think it came down to us and the administration coming together and seeing what we can affirm as Christians,” Massey told the paper.

The two-year-old club draws 15 to 20 regular members, but it’s no longer officially led by Massey.

Massey told the paper that not only did the school revoke his chairmanship of Refuge after he came out, but it removed him from a student government committee.

‘Homosexual behavior’ and ‘proselytizing’ not allowed

Wheaton’s Community Covenant is technically binding on all students, though it’s not clear how strictly it is enforced.

The covenant states that Christian scripture condemns “sexual immorality, such as the use of pornography (Matt. 5:27-28), pre-marital sex, adultery, homosexual behavior and all other sexual relations outside the bounds of marriage between a man and woman.”

“I was absolutely angry” after being stripped of leadership roles, Massey told the Register. “It gave me shock and anxiety to feel feared by students and the administration, like my faith and loyalty were being questioned.”

He was hoping to lay “the groundwork” for a gay-straight alliance at Wheaton before graduating this month, the Register said.

Massey declined to tell The College Fix about the particulars of his clash with the administration, including whether he was promoting sexual behavior outside of traditional marriage as a campus leader or sexually active himself. Wheaton is well-known among Christian colleges for employing a celibate lesbian, Julie Rodgers, as a counselor in the chaplain’s office, as WORLD magazine reported last year.

Rodgers has written that same-sex orientation can be used for God’s glory, and one of her tasks is counseling members of Refuge. President Philip Ryken told WORLD that her ministry takes students “in the direction of biblical faithfulness, including areas of sexuality.”

The school has previously dealt with tensions between LGBT students and others: It disciplined a vocal critic of LGBT activism on campus who had stolen LGBT pamphlets and even threw an apple at a gay student, the Wheaton Record reported.

Biola University is going through similar tensions over its screening last month of a documentary about “modern-day psalmist” Dennis Jernigan, who allegedly went from gay to straight in the early 1980s.

Religion News Service reported that LGBT students at the evangelical school launched a social media campaign, #TellOurStoriesToo, in response to the film department’s screening of Sing Over Me.

One student tweeted: “Homework prompt tonight is ‘How to deal with the gay issue in Hollywood.’ The only place I’m an issue @biolau is here. #TellOurStoriesToo.”

Homework prompt tonight is “How to deal with the gay issue in Hollywood.” The only place I’m an issue @biolau is here. #TellOurStoriesToo

Jacob Kindberg, who directed the film, told the news service that Sing Over Me does not promote conversion therapy. The film’s trailer says Jernigan was “set free” of homosexuality because of God.

The trailer, though, leaves out that Jernigan served as vice chairman of Exodus International, the defunct gay-conversion therapy ministry.

Jernigan resigned in 2012 after his comments during a ministry tour of Jamaica were interpreted as supporting the country’s anti-sodomy laws, which Exodus formally opposed.

Biola justified the screening as an example of its mission to “be a place where multiple perspectives can be shared on complex issues, and where disagreement can happen cordially and in the love of Christ,” Religion News Service reported.

The school has hosted “forums, events and dialogue” on human sexuality “in recent years,” Biola said.