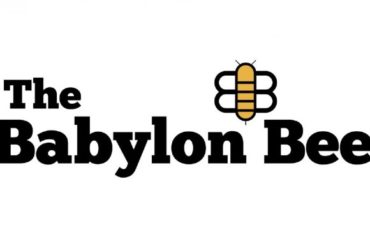 ‘We need more backbone and less coddling in our Christian institutions’

If you follow me on Twitter, you know I love The Babylon Bee, a Christian satire website that started with church jokes and then moved into political and cultural issues, usually from a right-leaning perspective.

Its satire is so effective that Snopes, which identifies as a fact-checking website, has vetted Bee stories several times, seemingly oblivious to how stupid that makes Snopes look. Jealous of not looking stupid, USA Today got in on the act twice recently.

The Christian left has not appreciated the site’s increasing influence as it skewers their worldview, and now some of them have struck a blow against the Bee’s CEO, Seth Dillon.

He was supposed to speak at a chapel service for family weekend at his alma mater, Palm Beach Atlantic University, until members of the Christian college community raised a stink.

Grad student Isabelle Runge told followers to email the vice president of spiritual development, Bernard Cueto, to share “your thoughts and concerns regarding this speaker.” She said it was un-Christian to allow the “strong and angry side of conservatism” to speak in chapel.

Both Rigell and Runge tagged the university and its admissions department in their tweets.

Hey @PBAUniversity is this really who you chose to come speak in chapel on campus on family weekend? @PBAAdmissions ? https://t.co/t28fOubrQH

if this individual was coming to speak at a club or special interest group, that would be fine. but to have such a strong and angry side of conservatism given the stage in CHAPEL is not what I believed that hour of praising Christ was intended to be @PBAUniversity @PBAAdmissions

Dillon highlighted their tweets as well as an email template that was apparently circulating in response to his scheduled chapel appearance, written in perfect milquetoast Christianese.

Intended to be carbon-copied to the chapel email address, the message says “chapel has been wonderful this year” but then expresses “mild concern” about Dillon’s appearance. He has a “reputation of rather divisive political speech,” such as the comment about Black Lives Matter.

“Since when do you have to support terrorist organizations that use violence and intimidation to advance their agenda to be welcome on a Christian campus?” he asked Twitter followers.

When a student said the university “changed our chapel at the last minute” in response to the controversy, Dillon said the administration’s rationale for kicking him out was to prevent the pollution of a “sacred space.”

After I was slandered by @IsomRig and others as a racist—and a cancel mob inundated the school with emails—@PBAUniversity decided they didn’t want me to appear in chapel since that is a “sacred place.” I’m disappointed, too, Jessica. And I’ll have more to say about this. https://t.co/sltiNWvdGO

Dillon told Campus Reform that the university’s director of alumni relations, Steve Eshelman, asked him the day before to skip the planned “five minutes of freestyle speaking” at the Sept. 30 chapel event, following the social media buzz.

Later that day, the university moved Dillon’s event from the chapel to the library. Executive Vice President for Advancement Laura Bishop told faculty that the “honest conversation” that might happen in the chapel during Dillon’s Q&A could “become passionate, and that emotions may run high.”

Bishop’s email, forwarded to Dillon, said the Christian college didn’t want any pesky honesty to “compromise the sacredness of a chapel gathering.” She also cited “heated exchanges on social media.”

This characterization of the event surprised Dillon, who said the questions were supposed to be “lighthearted.” He was going to share his experience as a Christian media entrepreneur, including what he’s learned about the subjectivity of humor from running the Bee:

“The assumption that I would bring a Twitter discussion into chapel and stray from the subject matter I agreed to discuss was pretty uncharitable,” he explained. “It seemed to me that it was an excuse… what they wanted to do was cancel me without canceling me and appease everyone involved.”

Dillon explained that “Bishop would not explicitly tell me what I’d said or done that made my presence in the chapel suddenly inappropriate. I told her that if I’m not welcome in their chapel, then I don’t feel welcome on their campus.”

Neither the report nor Dillon’s Twitter feed specify whether he actually spoke in the library, but Dillon told Campus Reform he met with Bishop and President Debra Schwinn, who said they would look for ways to bring him to chapel. He hasn’t committed, calling on the university to “take a strong, public stand against cancel culture.”

Following the report, Dillon called for “more backbone and less coddling in our Christian institutions.” I’ve been saying the same thing for two decades, having experienced the proto-awokening at my own alma mater.

We need more backbone and less coddling in our Christian institutions. And we need it yesterday. https://t.co/RKhIlAMuQA