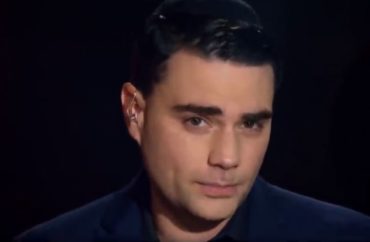 YAF can’t be involved in event

Grand Canyon University is done dealing with the Young America’s Foundation, its “false and misleading statements,” and its “expressed strategy to use media pressure to achieve its goals.”

The large Christian university released a statement shortly before midnight formally inviting conservative pundit Ben Shapiro to speak on campus, on the condition that YAF, his sponsor, not be involved.

It had previously canceled Shapiro’s planned appearance, organized by the university’s Young Americans for Freedom chapter, citing its “desire to focus on opportunities that bring people together.”

It denounced YAF, the parent organization to Young Americans for Freedom chapters, for peddling “misleading and false information” in contrast to its university chapter’s “outstanding job.”

The Young Americans for Freedom chapter is in charge of the university’s “conservative speaker series,” which brought two speakers to campus last fall. But the national YAF jumped the gun by announcing Shapiro’s planned appearance the same day the chapter submitted its request, according to the administration.

GCU did not put the brakes on the planned event, but had the chapter present “their intent” to a committee of students, faculty and staff. The committee recommended denying Shapiro’s appearance on the grounds of the “divisiveness” that has followed him to “previous speaking appearances.”

The administration agreed to review the committee decision at the request of the chapter and national YAF. While they all agreed that Shapiro would speak this spring, “the parties could not agree on the exact language” for the announcement. The university spent nearly a day in a wasted effort negotiating with national YAF.

The university accused YAF of “continued disparagement” and making false statements through the media to put pressure on GCU. The administration has not “changed its approval protocols” to halt Shapiro’s appearance, as YAF claimed, and YAF’s Monday statement “deliberately omitted the most recent draft of a proposed compromise joint press release that addressed its concerns, presumably because it did not fit its narrative of the events.”

YAF spokesperson Spencer Brown did not “seek a solution in good faith” but “continued to use social media and media channels throughout the day to disparage GCU even as he was aware the University was willing to bring Mr. Shapiro to campus,” the statement continued. GCU stopped talking to YAF when Brown refused to compromise on a joint statement:

The University considers those tactics unproductive and does not wish to partner with a national organization that operates in this fashion. We will continue to work with YAF’s student chapter and with Mr. Shapiro directly if he is amenable to speaking on campus.

The statement also emphasizes that GCU is an “openly avowed conservative institution” that welcomes both “conservative talk” and students “who do not share conservative, Christian views.” It said the “conservative dialogue will continue on campus whether Mr. Shapiro decides to accept our invitation or not.”

.@GCU is unbelievable. After claiming that they wouldn’t allow @benshapiro due to his rhetoric, they claimed it was an issue of protocol, and now they’re inviting him, but without @YAF and @gcuyaf1776. GCU stands for nothing but their own reputation. https://t.co/PLkzqGXuVY

The Daily Wire, the media organization founded by Shapiro, claimed that GCU’s proposed joint statement “created statements from YAF spokesman Spencer Brown that he had not made.”

The university’s proposed edit, published by the Daily, suggested that Brown mention “the challenges and opportunities” that GCU faces “in its inner-city community” (GCU is located in Phoenix). It would also require YAF to publicly state its “regret [for] not seeking approval from GCU” before YAF announced Shapiro’s planned visit.

Brown told the publication the university “threw GCU YAF under the bus.” (GCU’s edit proposed that the campus chapter praise the university.) GCU administrators “continue to play games and further jeopardize their school’s reputation,” he said.

YAF released a statement Wednesday morning that said GCU “flip-flops on values” and made “yet another change in their story” about the Shapiro incident.

Without disputing the accuracy of GCU’s statement, YAF said the university “peddled an alternative narrative” that it canceled Shapiro’s appearance because it had not been approved when YAF announced it. The group claimed this was an “attempt to scapegoat” the campus chapter, even though GCU specifically faulted national YAF.

It claimed the university tried to “coerce conservative students into releasing a statement publicly praising the university.” GCU, by contrast, accused national YAF of refusing to compromise on its proposed statement.