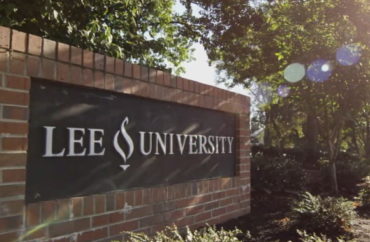 Lee University has drafted a “statement of beliefs” that prohibits students from identifying as a gender that does not conform to their biological sex, among other similar prohibitions, according to a leaked copy of the document obtained by WTVC, an ABC news affiliate.

The “Statement of Beliefs Concerning Human Sexuality and Gender” includes an extensive list of policies meant to institutionalize a biological definition of sex at the private Christian university in Tennessee, pointing to the Bible as validation for the guidelines.

A university media affairs representative told The College Fix in an email May 8 that “the statement in question does not represent sweeping changes in policy at Lee; it is an explanation of the beliefs underpinning a group of policies that have been in place for quite some time.”

The leaked statement bans students from behavior that contradicts their biological sex, such as using different pronouns and dressing as the opposite sex. One policy forbids any medical treatment meant to alter a person’s bodily makeup, including surgery and “psychological treatment.”

The statement goes further in using biological sex as the standard for separating bathrooms, on- and off-campus housing, and athletic teams. Another wide-ranging policy prohibits students, faculty and staff from advocating for beliefs that contradict an understanding of biological sex rooted in Christianity.

“No member of the Lee University Community may promote or advocate, in person, in writing, or online, for sexual acts, behaviors, or lifestyles that are contrary to Scripture, this Statement of Belief, or any other University policy; nor may any member organize or participate in a campus club with missions or goals that contradict the same,” the document states.

Current institutional policies at Lee University align with the standards of the Church of God, according to the leaked statement.

The 2021-22 Lee University Student Handbook states that students are required to sign a Community Covenant outlining main principles that guide campus life before registering for classes.

The Community Covenant notably states that scripture condemns same-sex sexual behavior, premarital and extramarital sex, sexual promiscuity, pornography and immodesty. By signing the document, students agree to disciplinary action by the university if they fail to comply with the standards.

The leaked “statement of beliefs” builds on these ideas and provides a more extensive explanation of the university’s scriptural view of sexuality, specifically referencing the creation of Adam and Eve in the book of Genesis.

“One’s biological sex should be understood as a binary—male or female, as God created them. Therefore, humans do not have an ability, or observed right, to choose a gender; it is chosen for them, in their biological make-up,” according to the document.

Lee University planned to release the statement August 1, WTVC reported. The school has not confirmed whether it will adhere to this date.

“Members of the Lee community have worked on this statement for the past few years. We met May 9 with faculty and staff to look at the statement and discuss it. Our plan was to have our family meeting about it, engage in dialogue with other stakeholders, gather feedback from all discussions, and publish the statement before our fall semester begins,” the university told The College Fix on May 8.

Lee University faced backlash over the statement from the Affirming Alum Collective, a group of alumni established in 2021 “to connect current Lee students with alums who are LGBTQIA+ or straight allies.”

“Lee University has reaffirmed their position that all students are to be treated with dignity and as a person with worth, yet their continued repression of a large group of students on campus via such published guidelines directly contradicts this stance. Students face disciplinary action, up to and including expulsion, simply for expressing their personal identity,” the collective stated in a news release May 23.

News outlets also characterized the “statement of beliefs” at Lee University as a potential restriction to the free speech of students regarding sexuality and gender.

While the statement would limit student speech and be unconstitutional at a public institution, private universities are not bound by the First Amendment, FIRE’s Director of Policy Reform Laura Beltz told The College Fix in an email May 8.

Beltz identified Lee University as “one of the rare private schools that does not promise its students free speech rights, and that consistently places other values above free speech.”

In FIRE’s 2022 spotlight database of speech codes, Lee University is listed as a “warning” school along with six other colleges. The label warns prospective students and faculty members that a private university “clearly and consistently states that it holds a certain set of values above a commitment to freedom of speech.”

Beltz pointed to examples of current policies in the Lee University student handbook that restrict free speech within boundaries set by the university in accordance with its religious beliefs.

“For example, Lee University’s current student handbook states that students have the right to freedom of speech and assembly, but only ‘so long as these freedoms are neither inconsistent with nor in violation of the purposes and objectives for which the university exists.’ That policy later says ‘these rights and responsibilities of the student are within the bounds of fair play and Christian ethics,’” Beltz said.

“The handbook also states: ‘Students are expected to honor God in both speech and lifestyle. The taking of God’s name in vain or the flagrant use of abusive, profane, racist, sexist, or obscene language is prohibited and will result in the assignment of accountability hours …’ Further, the handbook states that “the university promotes the freedom of speech and assembly within the parameters of its behavioral expectations” (emphasis added), and that, ‘With the importance of our public witness in mind as a Christ-centered institution and in an effort to be consistent with our university beliefs, public expressions of support or advocacy of behaviors prohibited by the university are not permitted’ (emphasis added),” Beltz said via email.

“Given these statements, it’s clear the university places other values above students’ free speech rights. This proposed policy unfortunately adds another written restriction on speech that would be protected under First Amendment standards,” she added.