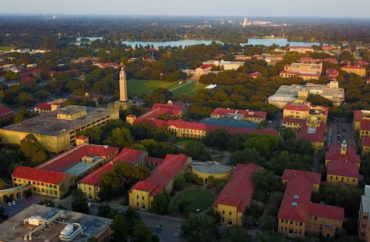 A new task force to be established by Louisiana lawmakers will examine tenure policies at the state’s colleges and universities and suggest possible reforms.

The review comes amid concerns about intellectual diversity and ideologically driven tenure criteria in Louisiana and nationwide.

The bill’s sponsor, Louisiana state Sen. Stewart Cathey, a Republican, said he sees a lack of intellectual diversity in higher education both nationally and in Louisiana.

“We should be seeking intellectual diversity in higher education, not running from it,” he told The College Fix in an email. “…[A]ny professor, no matter their political persuasion, trying to coerce students towards one side of the political aisle is unhealthy for academia.”

The bipartisan resolution approving the task force’s creation stated that “no party or intellectual faction has a monopoly on wisdom. … [T]he role of tenure policy in postsecondary education should be routinely reviewed and discussed.”

Approved in May and scheduled to be formed in August, the task force will facilitate an “in-depth review of the merits of and need for tenure, to study public postsecondary tenure policies, and to propose any recommendations regarding tenure policies, including any specific proposals for legislation.”

It will include both Republican and Democratic state lawmakers as well as faculty and administrative representatives from the state’s colleges and universities.

Intellectual diversity is specifically mentioned throughout the resolution. The document describes diversity of thought as “paramount to achieving the central purposes of postsecondary education.”

There are over eight times as many professors registered as Democrats than Republicans, according to a 2020 study from the National Association of Scholars. The disparity widens further at elite universities.

The Louisiana resolution notes that “postsecondary education students should be confident that they are being exposed to the spectrum of viewpoints, including those that are dissenting.”

Another concern addressed in the resolution is the potential for indoctrination.

Students should feel that “they are graded solely on the basis of their reasoned answers and appropriate knowledge” and “that faculty members are not using their courses for the purposes of political, ideological, religious, or antireligious indoctrination,” it states.

Looking forward to this discussion! https://t.co/ryJQUrpHDL

Cathey, in his email to The College Fix, cited a 2020 incident in which a biology professor at Louisiana State University pledged to police student’s social media, saying any student who posted content she deemed racist would be blacklisted from her classes.

“If @LSU won’t take action, we as professors can. Keeping a list of names and if I see them enrolled in my course, I will drop them. It’s not just free speech, it’s hate speech and it’s a threat to student safety,” the professor had stated on Twitter.

Cathey told The Fix that “certainly, I don’t condone racism or racist remarks, but for a professor to claim to be able to play judge, jury, and executioner is not a good look for academia.”

Cathey said that while the task force is not a response to any direct student concerns, some students—fed up with dogmatic, pushy professors—later thanked him for the pending scrutiny.

But, Cathey characterized the task force as routine legislative oversight rather than part of a brewing culture war. He said he is unsure if the task force will result in new legislation regulating tenure policies.

“I feel like coming into this with a pre-conceived idea of changes (if any) to implement would be disingenuous to the process,” Cathey said.

The task force will run from roughly August 2022 until March 2023, when it will submit any suggestions for legislative action, the resolution stated.

According to the Reveille, a student newspaper at LSU, the president of the Louisiana State University, William Tate, is not opposed to the task force but does not see a need for the oversight.

An LSU media spokesman did not reply to questions about the task force from The College Fix, including whether the university’s professors are ideologically diverse. 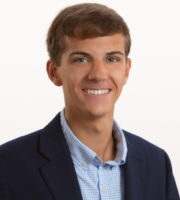