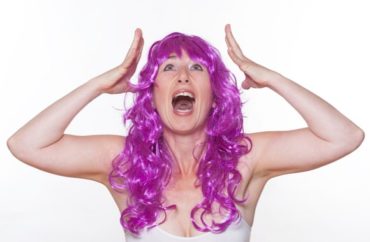 They ‘incite violence in our community,’ student trustee claims

Cuesta College’s trustees may set a new political litmus test for serving on the board, given its investigation of the board president’s Facebook posts expressing conservative views on economics, abortion, immigration, sexual orientation, gender identity and other subjects.

The San Luis Obispo Tribune reports that the rest of the board unanimously called for his resignation at a “special meeting” Thursday. They formed an ad hoc committee that will investigate Peter Sysak’s since-deleted posts and present their findings at the Dec. 9 board meeting, where trustees may vote to censure him.

Sysak, the college’s former police chief, flatly refused to resign before his term ends in 2022. He said he was fighting to bring “inclusion and diversity to ourselves and community,” apparently referring to political diversity.

“These verbal and written attacks have been an assault on my character and integrity. I will not be bullied by these attacks,” he said.

Community members “repeatedly” called for his resignation during the Thursday meeting as well. It was virtually attended by more than 130 people, including the president of the local NAACP chapter. Even more people virtually attended a Nov. 4 meeting that called on Sysak to resign.

He reposted another that opposes California being a “sanctuary state” where state and local authorities refuse to cooperate with federal immigration authorities, and yet another that implies Black Lives Matter is a “disrespectful criminal THUG” movement.

Student trustee Jesus Cendejas accused Sysak at Thursday’s meeting of “discriminatory” posts that “incite violence in our community” and targeted him, apparently referring to his Mexican-American background.

Sysak told the meeting his posts were “meant to provoke communication from both sides of the issue,” and that his views are not monolithic:

I will say for the record that I’m a supporter of All Lives Matter; for Black, Latino, Asian, LGBTQ, people of color (and) the unborn. I’m against discrimination, hate crimes, anti-racist (sic) groups. And I’m against defunding the police department and blue lives do matter.