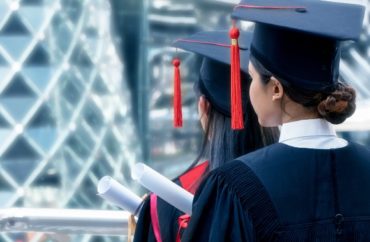 But the divide between male and female completion rates is growing

About two-thirds of college students graduated within six years in 2022, a rate that has barely improved from 2021, according to a nationwide report.

The college completion rate for those who entered four-year programs in fall of 2016 was 62.3 percent, a negligible change from the 2015 group (62.2 percent), according to the eleventh annual “Completing College” report by the National Student Clearinghouse Research Center.

The stagnation followed years of improvement: last year’s 62.3 percent completion rate was the highest level this decade, according to the report.

The national completion rate detailed in the report “measures the performance of the entire higher education system,” its authors wrote. “It counts all students who enter postsecondary education for the first time each fall, enrolling full-time or part-time at two-year or four-year institutions, and completing at any U.S. degree-granting institution.”

The graduation rate for students starting at four-year public colleges declined a whole percentage point. Completion rates for college students at four-year private nonprofit schools fell 0.5 percent, or half as much.

Men continue to graduate at lower rates than women

The male college completion rate lagged 7.1 percentage points behind the female. More than 65 percent of women who started college in 2016 finished in six years, while just 58.5 percent of men completed their degrees in that time, according to the report. The graduation gap between male and female students is the highest seen since 2008.

Completion rates also decreased for white, black and Latino students but increased for Asian and Native American students, according to the report.

“Today, out of all students who started college six years ago, 37.7% have yet to complete any degree or credential,” Doug Shapiro, research center executive director and report co-author, told Higher Ed Dive. “With only 8.9% still working on it, the remaining 28.8% amounts to too many who are short of their dreams and left out of the educated workforce of the future.”

MORE: Colleges should address the decline in male educational achievement