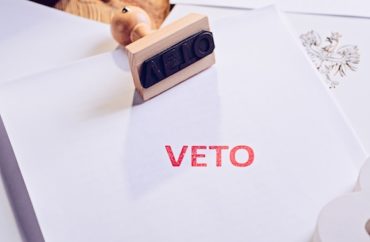 A school’s campus council recently voted to end the institution’s study-abroad program in Israel, with the college president vetoing the motion shortly thereafter and refusing to place the school in an “unavoidably political position.”

Pitzer College’s College Council passed a motion yesterday that “requires the suspension of Pitzer’s study abroad relationship with the University of Haifa in Israel,” Pitzer’s president Melvin Oliver wrote on the school’s website.

The council voted to suspend the program on the basis of several of Israel’s immigration and travel policies, including a “policy of restrictions on the basis of legally protected political speech” and a policy that “restricts entry on the basis of ancestry apart from the passport a person is travelling [sic] with.”

The speech policy to which the council referred is Israel’s Amendment No. 27 to the Entry Into Israel Law, which prohibits foreigners from entering the country if they have called for a boycott against Israel. The second policy referenced is Israel’s practice of forbidding foreigners “registered in the Palestinian Authority population registry” from entering the country “without advance permission.”

In announcing his decision to veto the measure, Oliver said that it failed on several fronts, among them:

The recommendation would effectively cause the College—not some of its constituent members, but the College itself—to take an unavoidably political position on one of the most controversial issues of our time. It is rarely, if ever, the role of the College to be taking such positions. It is the College’s job, through its educational process, to help its students determine their own positions and understand what actions each can then take to effect the change they seek.

In the very rare instance that Pitzer College does take such a position, common sense dictates that there must be a consensus across all the College’s internal and external constituencies in support of the position. This recommendation fails that test.

The recommendation curtails the academic freedom of those students who wish to study at the University of Haifa. Among Pitzer’s core values is the promotion of intercultural understanding, much of that achieved through our vibrant study abroad program that enables our students to reach their own conclusions about some of the world’s most vexing challenges through on-the-ground, face-to-face, people-to-people experience. The recommendation runs directly counter to Pitzer’s core value of intercultural understanding.

“I am truly saddened to find myself in a position where I feel compelled not to implement a recommendation of the College Council. Nonetheless, just as the College Council exercised its right to make this recommendation, I, too, exercise my prerogative and make this decision squarely within our existing structure of shared governance,” Oliver wrote.

Numerous reactions to the proposal were sharply negative. Ron Robin, the president at the University of Haifa at which the study abroad program takes place, said in an email responding to the resolution that “those who support these votes at Pitzer are actually undermining academic freedom and free speech by depriving students of their freedom to choose where to study abroad.”

Robin noted that “such boycotts meet the U.S. State Department’s definition of anti-Semitism by ‘applying double standards by requiring of [Israel] a behavior not expected or demanded of any other democratic nation’.”

The AMCHA Initiative, a group that investigates antisemitism in higher education, called the council’s decision an “academic abomination” in an email.

“The Pitzer professors who orchestrated this move should be ashamed of themselves for promoting a reprehensible and hypocritical boycott that tramples on the academic rights and educational opportunities of their own students and colleagues in the name of politics, and goes against everything a university and its faculty should stand for,” the group said.