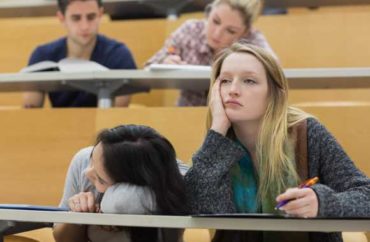 The number of young people ages 18 to 24 who are neither in college nor working “surged by about 1 million” over two years, from 2019 to 2021, according to an extensive analysis report from Newsweek.

Higher education enrollment decreased almost 10 percent over the past two years, resulting in 1.4 million fewer college students, according to the analysis, published Sept. 28 and headlined “Generation COVID: Record Numbers of Youth Opt Out of College, Work.”

Population decline contributed to the drop in college-bound high schoolers, according to Newsweek. However, the demographic shift cannot fully explain the decrease.

“A sharp drop in births after the Great Recession led to a smaller number of college-age young adults today. But COVID did kick that decade-long slide into much higher gear,” the magazine reported.

“Three years into the pandemic, after two years of isolation, shuttered schools and virtual commencements, high school graduates…from the classes of 2020, 2021 and beyond—call them Generation COVID—are shunning college in record numbers.”

Students from families with lower incomes and some minority groups are opting out of college at “far higher rates” than others, the outlet reported, “worsening the existing gaps in educational attainment between whites and Asians versus other minorities.”

Those who work with young people say they’ve seen “significant apathy and disengagement” in thinking about life after high school, Newsweek reported.

Ken Coleman, a career and leadership coach at Ramsey Solutions, says students who have identified college as the wrong path struggle with finding alternatives.

Cost will be in student opportunity and shortage of skilled labor as well as debt, Georgetown economist said

David Crockett, a political scientist at Trinity University in San Antonio who teaches on American politics, told The Fix via email on October 10 that the pandemic, student debt, and university political correctness all have played a part in the shift away from college.

“It seems clear that the pandemic — and our response to it — was far more destructive than we think,” Crockett said. “We will be living with the consequences for quite some time.”

“It’s also possible that people are starting to count the cost of student debt — aided and abetted by the federal government,” Crockett said.

“Add to that mix the sense by a significant percentage of the population that colleges are being overwhelmed by woke ideology and all that that entails, and it further incentivizes [some] families like that to consider other options,” he said.‘

Another economist put some of the blame on tuition inflation and student loans.

The cost, however, is to the students’ opportunities in the future. “In the long run more education actually gets you more opportunities,” Smith says.

This trend will also have an effect on the greater economy by causing a “shortage of skilled supply of labor.” Not only will there be fewer skilled workers, but “we have so many highly skilled workers who are retiring and leaving,” Smith said. 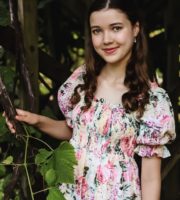