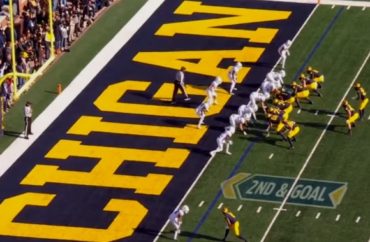 University of Michigan fans have been waiting patiently for an announcement regarding whether they will be able to watch their football team play this fall. COVID-19 has caused serious uncertainty among the administration.

“If there is no on-campus instruction,” he said, “then there won’t be intercollegiate athletics, at least for Michigan.”

Others are keeping the faith.

In an op-ed in The New York Times, Notre Dame president Fr. John Jenkins wrote, “We believe that we can, with aggressive testing, hygiene and careful monitoring, keep student-athletes safe.”

Jenkins is not the only one confident in collegiate testing ability. Texas Governor Greg Abbott has welcomed the idea of sports returning. While the University of Texas has announced plans for in-person learning, it has not made a decision on football. Texas Tech University, however, is clinging to its planned season opener.

While Notre Dame is looking to limit stadium capacity, other schools are looking to proceed as scheduled. The Iowa Hawkeyes will reportedly look to play their season opener in front of a full-capacity Kinnick Stadium. The school usually averages more than 65,000 fans each game.

Athletic Director Gary Barta told local news reporters that, should limited capacity be necessary, season-ticket holders and students would be among those with priority.

The Florida Gators are also looking to proceed with their season.

As Florida’s The News-Press reports, the absence of a football season would result in substantial financial difficulties, not just for football, but for other teams as well. Of Florida’s 21 university-affiliated athletic teams, only football and men’s basketball were operating at a net profit. The other 19 are in the red.

The rest of the SEC is also optimistic, as school officials say they are looking at ways to protect players from COVID-19 but hope to play ball.

The University of Georgia was scheduled to resume training for its football team this week. As a result, all Bulldogs will need to be tested for coronavirus. The basketball team is also planning on instituting similar requirements.

Likewise, Ole Miss and Alabama have already begun testing policies. At Ole Miss, one athlete and one staffer have both tested positive on campus. Another athlete, who has not yet come to campus, also received a positive test.

At Alabama, five football players have tested positive after returning to campus. One of those players, who was asymptomatic, took part in a workout session with teammates, so there is a potential for cases on the Crimson Tide.

Meanwhile, over at the University of Michigan, despite Schlissel’s comments, rumors persist.

One poster on mgoblog.com, a public forum for Michigan fans, said that the nature of a recent meeting of campus leaders dealt with 2020 stadium capacity: “There apparently is a plan in place for 20,000 fans with students getting first dibs.”

According to Fitzgerald, “The university has not yet made a decision about how it will conduct classes in the fall and a decision on football will follow that.”

Yet there is a glimmer of hope for Wolverines fans.

Gov. Gretchen Whitmer announced June 1 that she would be lifting the state’s stay-at-home order. In her press conference, the governor also revealed that she hoped to move the state into phase five of recovery, which allows for live instruction in higher education, within the next two to three weeks.

Michigan head coach Jim Harbaugh has also weighed in on the subject. On ESPN’s Get Up, Harbaugh told host Mike Greenberg in late May, “Heck yeah I’d be comfortable coaching a game without any fans.” According to the coach, playing in an empty stadium is a far better alternative to not playing at all. Michigan Stadium, better known as The Big House, is the largest sports stadium in the country and the second-largest in the world.

MORE: Naked cheerleader scandal leads to firings at the University of Kentucky