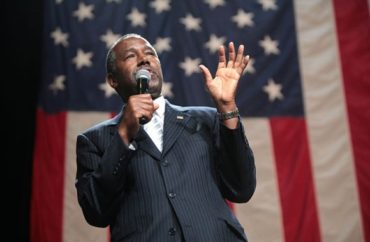 A Christian university in Missouri will host the “National Symposium on Patriotic Education” this September.

This is the first year for the event. It will include “keynote addresses by nationally known speakers on the importance of patriotic education for our nation.”

Open to the public, it will feature a launch of HardWorkU.org, which aims to provide free resources about America’s founding. Participants can watch “keynote addresses by nationally known speakers on the importance of patriotic education for our nation.”

“We believe there is much right with our country, and we intend to take a leadership role in patriotic education,” Linson said, “by helping students of all ages learn about liberty, sacrifice, free enterprise, and service.”

The livestream symposium “increases our outreach and allows us to draw many concerned citizens into the conversation about the importance of patriotic education,” Linson said. “These topics, and the resources we provide, are for all those who care about the future of America – parents, teachers, grandparents, and concerned citizens.”

Linson said that recent surveys show why this event on September 16 and 17 is needed.

Americans are increasingly willing to undermine historic American symbols like the national anthem. According to the Patriotism Poll, a third of Americans believe that it is alright to burn the American flag. Fifty percent of young Americans do not consider themselves American patriots. Two thirds of young Americans believe that America is headed in the wrong direction. Eighty three percent of Americans cannot identify the rights protected by the first amendment. Only 44 percent of Gen Z thinks that the American flag most accurately represents freedom.

The “Patriotism Poll” is likely in reference to YouGov polling on patriotism.

The university wants people to learn about the principles that make America an exceptional nation.

Sessions include “Honoring the sacrifices of Veterans and their families,” “Strengthening free enterprise through hard work” and “Transforming society through virtuous public, civic, and military service.”