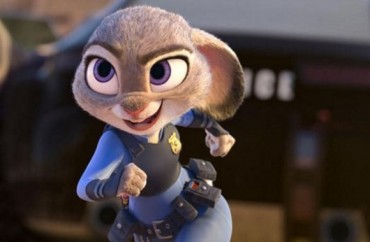 Enter the mind of one Keith Reed, a student at the University of Iowa whose interpretation of the recent Disney movie “Zootopia” is borderline bonkers.

He doesn’t just see racism where there is none – he sees an entire race war!

He writes in an op-ed in the Daily Iowan campus newspaper:

I believe the message present in the film is an allegory to the current status of the white population in contemporary society. The majority of the people who were involved in the writing of this film were white. This aligns with my idea of the allegory present in the movie. The prey are akin to minorities of the world, in the way that they get preyed on by the predators, which are white people.

In the real world, this can be proved by the many killings of innocent minorities without any legal action taken. Many people know of the power that white America has over the country. Representation in media and other outlets is mainly whitewashed, and it is difficult to find accurate portrayals of minorities.

The United States was in fact stolen from the Native Americans. I think this movie is a call to arms for the dominant group of the world (white people) to take control of what was supposedly theirs. This is not the message that Disney should be either subconsciously or consciously inserting into its films, even though there is a sordid history with the messages present in their past films.

Wow. Just wow. “This movie is a call to arms for the dominant group of the world (white people) to take control of what was supposedly theirs.” Twenty bucks says he’s teacher’s pet in every grievance course he takes.