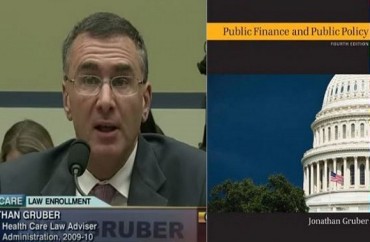 The architect of the Affordable Care Act is also the architect behind the way in which many college students learn about the proper role of the government in the economy.

Massachusetts Institute of Technology economist Jonathan Gruber – who had a central role in developing the healthcare law – is also the mastermind behind a seminal textbook assigned to many college students in economics classes.

“The fact is, Jonathan Gruber’s text is widely considered as the standard text for that course,” Scott McConnell, an economics professor at Eastern Oregon University, said in an email to The College Fix.

McConnell used the textbook, which has undergone revisions and updates over the years, for a senior-level public finance course he taught at Eastern Oregon University last spring.

Gruber came under fire last year after controversial statements he made about Obamacare’s passage, referencing the “stupidity of the American voter” and Congress’ lack of transparency as things that helped push it through. Many U.S. lawmakers notoriously did not even read the lengthy bill before voting to enact it.

As for Gruber’s textbook, it’s described on Amazon as the first textbook to “truly reflect” the way public policy is created and implemented.

While much of the textbook is dedicated to topics such as carbon emissions trading, Coasian solutions, and compensating differentials, Gruber goes into great detail when discussing his specialty: healthcare. The 2007 edition dedicates an entire chapter to the topic of healthcare reform.

In this chapter, Gruber describes healthcare reforms passed by Mitt Romney in 2006 to which he had contributed, which included forcing people to purchase health insurance, then creating a state-run exchange through which people could buy insurance plans from providers. Gruber was even appointed as an inaugural board member for the exchange.

And in fact, when Barack Obama was elected President in 2008, Gruber was immediately recruited to help design a similar plan. The policies Gruber proposed were passed into law as Obamacare: Americans are now forced to purchase healthcare insurance or pay a tax penalty, and may do so through federal or state-run insurance exchanges.

In effect, students who took a public finance class in 2007 and used Gruber’s textbook were more likely to know what was in Obamacare than former Speaker of the House Nancy Pelosi, who famously uttered in 2010 “we have to pass the bill so that you can find out what is in it.”

Indeed, so notorious is Gruber’s use of subterfuge to help pass the federal mandate, his name has become something of a verb: “Don’t get ‘Grubered.’” That is to say, don’t be fooled. His name is also a popular Twitter hashtag used to warn people or indicate someone has been misled: #Grubered.

Writing in The Washington Times, Rich Weinstein – the man who discovered the videos in which Gruber called the American people stupid – recently argued the MIT economist was wrong on his estimates of the impact of Obamacare. To help pass the program, Gruber had argued 80 percent of Americans get insurance from their employer or the government and would not be affected by the new law.

“Only recently has the trail led to the impact the ACA will have on the company plans of 158 million Americans-part of the 80 percent Gruber insisted would be untouched,” Weinstein wrote in late July. “Now a whopping 52 million people are expected to lose their plans as a direct result of the Affordable Care Act. And that number grows by another 9 million per year onward.” Weinstein cites a lengthy Investors Business Daily report for his statistics.

Professor McConnell pointed out in his email to The College Fix that “I think Gruber made some serious mistakes with the program and has grossly under-estimated costs to many low to upper middle class citizens. This is beside the point, however.”

“Textbooks are often written by folks who have some experience in the real world of policy, but are not always successful with policy (see: Frederick Mishkin),” McConnell said. “Many times they are not the best in the field, but rather are just good writers. For my principles classes I always choose Paul Krugman or Greg Mankiw. They are on the opposite ends of the political spectrum, but they write well and that makes the text more enjoyable.”

Moreover, Professor McConnell stated that with textbooks, often the same material is covered regardless of an author’s political affiliation. He added he believes Gruber’s textbook is not too biased.

“He is most famous for being one of the ‘architects’ of the ACA, but it is well-known that the ACA was based off of a center-right program in Massachusetts (Romney),” McConnell added.

However, the popularity of Gruber’s textbook – widely considered the standard for the subject – could be waning as the result of his recent time in the limelight.

“With Gruber’s recent infamous quotations, we may see another public finance text that becomes ‘king of the hill,’” McConnell said. 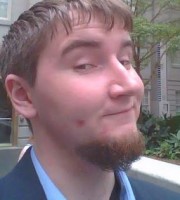