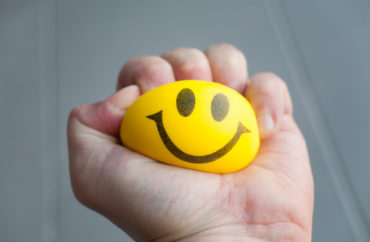 All this and more are ways in which universities across the nation are working to help students de-stress as finals unfold, hosting a plethora of interesting activities or all out “De-stress Fests.”

One of the most common services provided come in the form of therapy dogs, specifically trained to be as calm and affectionate as possible. Campuses such as the University of Colorado at Colorado Springs and Michigan State are just two out of many that recently offered the friendly puppers to pet and relax with in between study sessions.

Duke University went one step further. On top of bringing in puppies, the school offered what it called a “Stampede of Love” — miniature horses. Students were invited on the Friday before Finals Week to partake in an event led by a Raleigh-based nonprofit, staffed by two of their tiny horses, named “Kiwi” and “Lola.”

Not to be outdone, Michigan State allowed its students to use the cows at its Dairy Cattle Teaching and Research Center for “brushing” therapy. The program was advertised as: “Finals Stress mooove on out!”

The options for students to “de-stress” go beyond the extent of the animal kingdom, however.

For the artistically minded, schools like Brandeis University recently allowed up to 40 uptight students to “channel that energy into creating a beautiful work of art.” 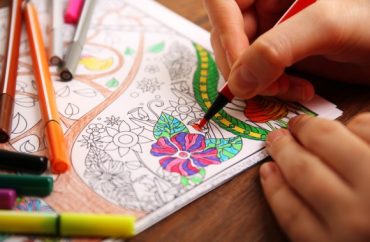 In that same creative vein, students who love to de-stress with a good crayon or colored pencil were offered a chance to dig into coloring books, a very popular activity as seen this finals season at Oregon State, University of Minnesota, University of Illinois at Chicago and many others. The events are often paired with jigsaw puzzles, Legos, and even origami.

While some colleges recommend exercise to take the mind away from exams, others turn to the wide world of eSports. Hawaii Pacific, Washington State, and Kent State recommended that students “take a break” from studying to compete in their Fortnite tournaments, with some prizes in store for those who came away victorious.

Too stiff to color between the lines or hold a controller? Hunter College, the University of Pennsylvania, Yale, and more can fix that with complimentary professional massages.

Is all of this necessary?

The Washington Post interviewed American University students on the topic, who said that such snacking amenities are a welcome departure from the stress of finals, particularly for the one who said that they had “just finished crying.”