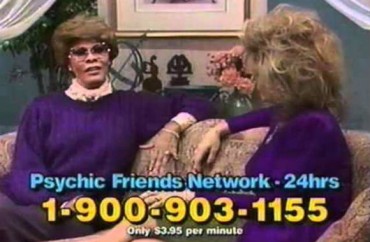 The Columbia Daily Spectator reports on the SJW dream team, which fights white male patriarchal cisgender racist capitalist pollution occupation colonialism (or something like that) under the banner Barnard Columbia Solidarity Network, which recalls nothing so much as the Psychic Friends Network of the 1990s.

They held a campus rally Monday declaring that “The people, united, will never be defeated,” specifically targeting the university’s expanding footprint in New York City:

During the rally, BCSN organizers said that interlocking systems of oppression connect the issues they are looking to tackle—including sexual violence, labor inequality, and climate change—through their six core demands. In particular, activists underscored the importance of racial justice and securing the well-being of black people on campus and in the surrounding neighborhood. …

A MAD organizer said black students are “complicit” in Columbia’s “oppression” of black people. The organizers appear to claim that black people are being left out of the economic benefits of Columbia’s physical expansion.

The rally only happened because fossil-fuel divestment activists failed to convince the school to divest last month, and they scrapped their initial response – civil disobedience – in favor of an intersectional rally, one activist told the Daily. (About 120 people attended, the paper said.)

The full list of demands includes “a rape crisis center that is physically open 24 hours/day” and focuses on “marginalized communities”; $15 an hour wages for all jobs, including “unpaid volunteer positions”; hiring more “faculty of color” and making black and comparative-ethnic studies courses mandatory; and giving reparations to “the Black communities occupied by Columbia” in the form of “secure jobs and affordable housing.”