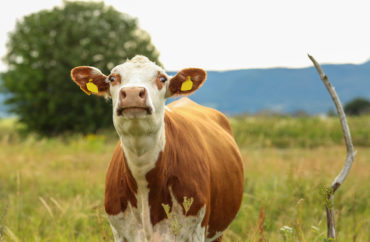 In September 2018, junior sociology student Kyle Richoux took to the pages of the Louisiana State University student newspaper, The Reveille, to express his displeasure with Greek life on campus.

“Fraternities are some of the most disreputable organizations on any college campus,” Richoux wrote, adding “it is not a stretch to call fraternities clubs for rich young sociopaths.”

The 20-year old did not spare sororities either, calling them “barns full of cookie-cutter cattle doused in glitter and blonde hair dye waiting to be used by frat boys for whatever debauchery their daddies can afford.”

This acerbic observation did not make it past students on campus, who immediately took to the school’s “LSU Cares” online reporting system, according to copies of the complaints recently obtained by The College Fix.

“This use of language is inherently sexist, misogynistic, and quite frankly very aggressive,” reported one student, adding “it is both dehumanizing and objectifying and it should not have been published.”

“The fact that he is a Reveille employee and gets paid by student fees to write such offensive and hateful sentences does not make sense to me,” wrote another student. “To disagree with Greek life is one thing, but to use the language he did should not be allowed considering he published it in the school newspaper. What he said was so offensive and student fees shouldn’t fund this.”

As complaints flooded the newspaper, both the paper’s editors and Richoux published separate responses to the angry replies. Richoux conceded his “execution was in need of revision,” and that his intent was to “criticize sexist systems that prey on women rather than to criticize the gender as a whole.”

“To set the record straight, my use of the word ‘cattle’ was meant to refer to flocks of identical people thinking the same way,” he wrote. “I did not intend for it to be read as ‘cows,’ and I believe such body-shaming has no place in argumentative discussion.”

Richoux made it clear that his follow-up column was not an apology. But the story gained wide traction; one satirical site broke the news that actual livestock had been disguising themselves as glitter-covered sorority girls in order to sneak their way into the Greek system.

Recently, The Reveille apologized for including a photo of a black woman next to a story about the school’s rampant party culture.

These reports were among the 39 filed with the LSU Cares system between August 2018 and July 2019 and obtained by The College Fix through a public records act request. The documents provided by LSU have most personal identifying information redacted.

According to the school’s website, the program is a “university initiative dedicated to the well-being of students and promotion of a community that cares about each of its members.”

Yet in numerous cases, the reporting system was used by parents of students to urge administrators to take special care of their children.

In August 2018, one mother filed a report complaining that a female student was hurting her daughter’s chance at getting into the sorority she wanted.

“My concern is that this child is lying about my daughter and hurting her chances during rush,” the mother wrote. “I did not want to get involved but I feel I need to at this point. She received only three invites after the first one, and one invite after the second round. She has a 4.7 high school GPA, she went to [school name redacted] and was in several honor societies and Teens for life, her social media is immaculate, and never received as much as one demerit in high school.”

“If this is happening just because she is not being picked, I am totally okay with this situation,” said the mother, who then added, “If something else is going on it needs to be stopped. I will give names if you all think their [sic] might be impropriety. I do not want to embarrass my child, as I told her none of these things. I realize now I was remiss in doing so.”

In February, a concerned out-of-state mother filed a report about her son, who she said had “dreamed of going to college at LSU since he was a very young child.”

“He is a very smart boy, but I think anxiety and the fear of either not being able to afford and attend LSU or failing is very much interfering with his studies,” said the mother. “From what he’s told me he stays up all night studying for his tests, but does not do well on them. I’ve tried to explain to him that staying up all night will not work because when test time comes his brain is tired.”

“I would greatly appreciate any help I can get for him, but please contact me and not my son,” she adds. “He is a very proud young man and feels like he’s a failure if he asks for help.”

In one November 2018 report, a student complained that her ex-roommate was harassing her on Instagram. “I do not know what will make her stop but my mom said I should start here,” the student wrote.

· A Snapchat story posted a photo of a black female with braided hair. One comment asked “interactive post: how tf do you wash this??”

· A black female student felt left out when a clique of white girls in her area of study refused to make “eye contact” with her. One girl in the group refused to lend her a textbook.

“I feel as tho they’re racial profiling me, being that I’m the only African American student,” she wrote. “It’s like they form a mean girls group and I’m the target just because I don’t look like them or may not act like them.”

· A student posted a social media photo of a monkey hanging from a ceiling fan by a rope. The caption read “just crafting with the girls.”

· A female LGBT student said her roommate was making fun of her sexuality and told her, among other things, to “suck a dick like everyone else.”

· A student reported seeing what they thought was a noose hanging from a campus tree.

Of the 39 complaints, 14 involved inappropriate content on social media that was reported to the administration.