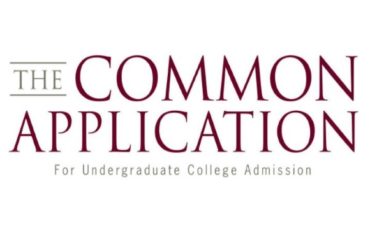 Employees of a popular online college application website serving college-bound students have given about $17,500 in donations to the Biden for President campaign and other Democrat political action committees, according to research done by The College Fix.

The organization, Common App, is a college information and application platform that boasts over one million users per year.

Along with simplifying the college application process, as students can fill out one application and submit it to multiple schools, Common App lists a number of other organizational objectives, such as “fighting systematic barriers to college access.”

Jenny Rickard, CEO of Common App, was a frequent donor to the Biden for President campaign, donating three times to the campaign in 2020 for a total of $1,500 in contributions, according to Federal Election Commission data.

Along with Rickard, FEC data show other employees of Common App have collectively donated over $16,000 to Biden’s campaign and other Democratic political groups in 2019-20.

There is no indication any of its employees gave to Republicans in 2020.

Common App lists itself as a “nonprofit membership organization.”

Its employees’ political preferences may shed light on a possible motivation behind a recent letter from the Common App that was sent to each of its users following the Capitol riot.

In a January 8 mass emailing to students, the application service compared black and white protesters, arguing that the Capitol rioters were “violent white supremacists” whereas Black Lives Matter supporters were “peaceful.”

“We witnessed a deeply disturbing attack on democracy on Wednesday, when violent white supremacist insurrectionists stormed the U.S. Capitol in an attempt to undo a fair and legal election,” the letter opens.

“The stark differences between how peaceful Black and brown protesters have been treated for years relative to Wednesday’s coup again call attention to the open wound of systemic racism, and highlight the work we still have to do to create a more just and equitable global society.”

The letter, which was signed by Rickard, then advocates in favor of a college education, describing a world of college graduates as “educated, just and more equitable.”

“As students like you work diligently toward pursuing higher education, I urge you in moments like this to continue that pursuit. An educated, just, and more equitable society has never been more critical, and a college education is still the best investment you can make for your future.”

Common App did not respond to multiple inquiries from The College Fix.

In The Wall Street Journal, editorial board member WIlliam McGurn critiques the letter as manufacturing dissent for President Donald Trump.

“Everywhere a Trump voter turns, he sees ostensibly apolitical organizations enlisting in the ‘resistance.’” He cited the memo as an example.

The Common app, used to process most US college applications, just sent this piece of absolute gaslighting to millions of university-bound kids. pic.twitter.com/Ef1knwxkD4

In addition to employees’ donations to the Biden campaign and Democrats, Common App as an organization is also partnered with Reach Higher, a group founded by Michelle Obama to motivate high school students to pursue a college education.