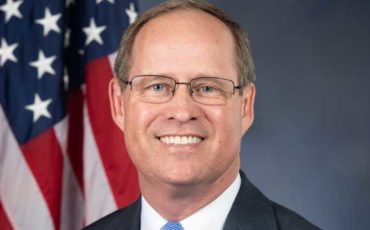 The legislation would prohibit investments in national security threats

Congressman Greg Murphy (pictured) of North Carolina released a draft of his upcoming bill, The Protecting Endowments from Our Adversaries Act, on May 16, according to a news release from his office.

The proposal “discourages billion-dollar, tax-advantaged university endowments from investing in entities that have been deemed an unacceptable national security risk,” the release stated.

“Because of university endowments’ educational mission and tax advantage status, they have a moral obligation not to invest in companies that are detrimental to the national security of the United States,” Murphy stated in the release.

Murphy does not yet have co-sponsors for the bill, but he expects bipartisan support, according to Politico.

Murphy sent a letter June 9 to 15 private universities with the largest endowments, including Harvard, Yale, Stanford, Princeton, the Massachusetts Institute of Technology, and Notre Dame, Politico reported, noting the endowments of the 15 targeted schools have an estimated total value of $331 billion.

“Diversification for endowments should not mean investing in entities that are deemed an unacceptable risk to national security,” Murphy wrote in the letter. “Endowments must not invest in entities that are supporting the imprisonment of Uyghur Muslims or aiding the Russian Federation’s horrific invasion of Ukraine.”

The initiative was suspended in February amid accusations of anti-Asian racial bias, Politico reported.

Investment in national security threats is ‘uncommon,’ but legislation puts universities ‘on notice’ that Congress is on the lookout

It is “uncommon” for universities to invest in firms flagged as national security threats, “sources familiar with the matter” stated, according to Politico.

However, Princeton invested in two China-based facial recognition software companies, worth billions of dollars, that facilitate the Chinese Communist Party’s surveillance of detained Muslim ethnic minorities, according to a 2019 investigation by BuzzFeed News, cited by Inside Higher Ed in a June 13 article about Murphy’s bill.

Princeton did not comment on the investments, Inside Higher Ed reported.

Yale University stated in January that it would start investigating Chinese companies to determine “whether some may be deemed ineligible for Yale investment in light of the Chinese government’s widespread human rights violations,” the Yale Daily News reported in January.

Murphy’s letter has put Princeton, Yale, and other elite institutions “on notice” that some in Congress intend to enact oversight of their investing, according to Politico.

But since Democrats currently control the House with a 12-vote majority, the bill is unlikely to gain traction in the near future, Politico reported. However, it could serve as a model for legislation requiring the private sector to divest from similarly affiliated companies, “downsizing the U.S. financial sector’s relationship with China.”