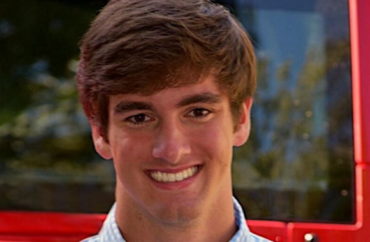 ‘Going through their Twitter just stresses me out,’ said one critic

A junior nominated for a position on Auburn University’s student government was successfully shot down because he expressed Christian and conservative beliefs on social media.

Stephen Morris was nominated for the position of chief justice of Auburn University’s Student Government Association. To his surprise, at the session where his nomination was to be taken up, held remotely over video, several members of the student senate strongly opposed his nomination.

Morris’s critics accused him of racism over tweets they found offensive, and declared him unfit for service in student government.

“Our SGA president appointed me to serve as chief justice. His appointment had to be confirmed by the Student Senate by a two-thirds majority, which has—up to this point—been a formality,” Morris told The College Fix in an email.

A video of the mid-July session along with a copy of the meeting’s minutes shows members of the student Senate and others piling on.

The moderator, Vice President Cole Callahan, called an open forum near the beginning of the session.

An African-American student named Dionne with the pronouns she/her came on the screen and said:

I’ve been informed that someone who’s running for, I think, vice president of the judicial branch or something has some like concerning beliefs like that I feel like just wouldn’t fit like the position. I don’t really know how y’all do things, but I wouldn’t, I personally would not want Stephen Morrison to be in that position (checks notes) chief justice, because I’ve just feel like if someone can trivialize like poverty to things like marriage and abstaining to like abstaining to have sex or finishing high school, like I don’t, I can’t see how they’re trying to, how they can be in that position. And just like other things they have said, especially their stance on Black Lives Matter, saying hate speech doesn’t exist, like how can you be a chief justice and not think hate speech doesn’t exist, like that doesn’t make sense. Just a whole bunch of stuff, like going through their Twitter just stresses me out. And I don’t think I’m the only one that doesn’t want to see them in that position.

Upon the opening of debate after some business, two senators, Brandan Belser and Sydney Williams, both African-Americans, immediately objected to Morris.

Belser said Morris “is unfit to serve and that they would not judge without bias due to the fact that they have previously referred to humans, a human population, as ‘inhumane animals.’”

Williams said, “This isn’t religion. Some of the things have been concerning.” She said she didn’t have confidence that Morris could be unbiased and thought he wasn’t representative of the Auburn student community.

‘Hate speech’ does not exist.

Speech is not violence.

BLM terrorists have taken the position that police officers should simply allow themselves to be killed by violent criminals.

Senator Coleman Turnipseed yielded her time to the Black Student Union’s incoming President Mya Strickland, who expressed concern regarding Morris’s ability to adjudicate a hypothetical case of a transgender candidate for Miss Homecoming.

Strickland also said that rejecting him was not a matter of politics but “human decency.”

Some senators and students came to Morris’s defense.

Senator Turnipseed warned, “If we begin to now scrutinize the political views of a person and personally attack the nominations of these positions, it sets a dangerous precedent for years to follow.” She yielded time to student Gwen Charles, who said, “Bringing political views into this is not the way to approach it.”

Senator Graf Sullivan yielded his time to Morris, who defended himself at length before the Senate. Morris promised, “I will never, ever insert my personal opinions or beliefs into decisions.”

Morris complained that “senators have been injecting their partisan political beliefs into this process and essentially imposing a political litmus test on appointees.” He also shared several ideas for how to improve the judicial branch of student government.

He expounded on a list of qualifications, including helping people of color and LGBT people in his community in numerous ways through volunteerism. Morris stated that many of his controversial views stem from his strongly-held Christian faith, and said that everyone should be judged by their character, not by race or income.

Morris said that he has had classes with transgender students and would never use an incorrect pronoun, preferring to call the individual by name, but that he believed mankind was created male and female, as it says in the book of Genesis.

He concluded by talking about Supreme Court precedents on free speech and universities, the upshot of which was that schools, including student governments, should not try to punish students for exercising their freedom of expression.

Soon after, the motion to confirm Morris was summarily struck down.

“I was very disappointed but unsurprised that I experienced discrimination for exercising my First Amendment rights,” Morris told The College Fix in an interview. “Free speech has increasingly come under fierce attack at universities across our great nation.”

Morris judged that his “offense was peacefully sharing my sincerely held religious beliefs and mainstream conservative political views in a public forum.”

“Instead of focusing on my qualifications, intolerant student senators injected their own partisan politics into the confirmation process. Disregarding their own non-discrimination law, Alabama State Law, the U.S. Constitution, and Supreme Court and Eleventh Circuit precedent, they tarnished the reputation of SGA and Auburn University, made a mockery of our independent judiciary, and revealed their open hostility towards diversity of thought,” Morris said.

He found the vote “especially disturbing because of the clear message it sends to the thousands of Auburn students who share my views: keep them to yourselves or be deemed unfit to serve in SGA.”

He cited the SGA Code of Laws, which specifically prohibits discrimination “on the basis of … religion, ideological or political persuasion, or any combination of the aforementioned classes.”

In spite of this vote, he had nice words to say about Auburn as a whole. In fact, he said he has been “pleasantly surprised at the relatively low level of hostility towards conservative thought” in general.

When asked whether he regretted any of the things he said, Morris told The Fix, “I could have said some things nicer, said them in a different way … but I don’t [regret] anything political-wise. I definitely don’t apologize for anything, but I could have said it in a nicer way.“

Elizabeth Davis-Sramek, one of Morris’s professors, told The College Fix via email that she was proud of Morris, and that the views he presented were more accurately representative of the Auburn community.

“I am troubled when ‘being canceled’ is justified because of the misguided belief that an opposing view to leftist orthodoxy has no moral standing. This stifles debate and creates an echo-chamber of homogenous thought, which is the antithesis of academic inquiry and academic freedom,” she said.

The Fix also reached out to student government President Rett Waggoner, who nominated Morris, but he did not respond to a request for comment.